Microsoft CEO Satya Nadella is wasting no time distancing himself from his former boss, Steve Ballmer.

After making clear last week that Windows is not the center of Microsoft’s universe anymore, Nadella took another swing at his predecessor’s “devices and services” strategy by announcing 12,500 layoffs at the Nokia team. Combined with the 5,500 layoffs at other parts of Microsoft, it’s by far the largest round of job cuts in company history.

With the layoffs will come a shift in strategy. Microsoft says it’ll push harder into low-cost Windows Phones, while terminating Nokia’s other affordable phone projects. Nokia X, an experiment in putting Microsoft services on Android-based handsets, will go away as Microsoft loads future designs with Windows Phone instead. Nokia’s other low-end platform, Asha, will also disappear, according to The Verge.

On the high-end, Microsoft sees Windows Phone–and other devices like Surface–as a showcase for Microsoft services. Future flagship phones will be timed to launch alongside major versions of the operating system and new releases from Microsoft’s Applications and Services Group.

One might imagine, for instance, a future Windows Phone integrating a new version of Office, or an upgrade for Cortana that works across phones, tablets, PCs and Xbox consoles. Microsoft will likely pitch its hardware as being the best way to experience those services. (“We want to show the way,” Nadella said at the Worldwide Partners Conference last week.)

The problem is that Microsoft’s high-end and low-end strategies don’t really square with one another. While Microsoft has enjoyed some success in the affordable phone market, the company’s newfound focus on productivity and “getting stuff done” mean that those high-end users are the real prize. They’re the ones who are most likely to use premium Microsoft services like Office 365 and OneDrive.

From Nadella’s latest memo, it seems Microsoft is committed to the low end mainly because it’s done well in certain markets. But how does that help Microsoft with its productivity focus?

One could argue that building the user base, even with low-cost phones, helps attract the app developers that Windows Phone really needs. But low-end users don’t necessarily spell dollar signs for app makers. Apple’s iOS App Store, for instance, pulls in far more revenue than Android’s Google Play Store, despite Android having far greater market share. Windows Phone has neither the volume nor the demographics to lure app developers on a large scale, and cheaper phones aren’t going to change that.

That’s why I think Windows Phone’s best shot at survival will come from deeper hooks into other Microsoft products that people use already. As I wrote in my Windows Phone 8.1 review, things like tighter OneDrive integration, better Office tools and more links between phone and console gaming all come to mind.

Microsoft is rumored to be moving in this direction with a unified version of Windows codenamed Threshold, which is reportedly coming next year. It’ll be interesting to see what Nadella does between now and then. 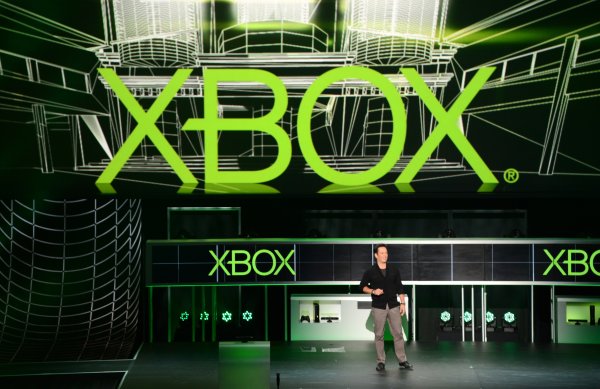 Microsoft Is Shuttering Xbox Entertainment Studios, but Halo TV Series Lives On
Next Up: Editor's Pick