This is the kind of day Microsoft’s having: first, the company announced it was laying off 18,000 employees, most of those from the company’s recently purchased Nokia division.

Now, in the wake of that bombshell, the company says it’s closing Xbox Entertainment Studios, its nascent interactive entertainment wing formed in 2012 to create original television content for the company’s Xbox Live online service. On the chopping block are roughly 200 jobs in California and British Columbia (it’s not clear if all 200 are layoffs, or whether some of those jobs will wind up reshuffled within the company).

Bearish as analysts have been about Microsoft’s Xbox program in general, and especially in light of CEO Satya Nadella’s recent assurances about Redmond’s commitment to the Xbox brand, I’m not sure anyone saw this coming (and despite the fact that in hindsight Nadella said nothing specific about Xbox Entertainment Studios in that note — I assumed, as I’m sure most did, that when he talked Xbox, he meant the whole enchilada).

Xbox Entertainment’s biggest projects were arguably Halo: Nightfall, an upcoming digital feature, and a Halo TV series staged in the popular sci-fi universe and produced by Steven Spielberg. Xbox Entertainment’s closure doesn’t spell the end for those projects or even of Microsoft’s interest in original programming, but it means the scope for such projects will change.

After the closure announcement, Microsoft Studios head Phil Spencer issued a memo committing to original programming “already in production,” including the documentary series Signal to Noise and both Halo: Nightfall and the Halo TV series, “which will continue as planned with [Halo developer] 343 Industries.”

Despite Spencer’s assurances, this is Microsoft pretty clearly hitting the eject button on a dedicated content-creation studio shortly after takeoff. It’s not clear what went wrong, or even if something did. My guess would be that Nadella viewed the studio’s standalone existence in the company hierarchy as too far outside his reimagined (or, you could argue, doubled-down-on) wheelhouse, that wheelhouse being “a productivity and platform company for the mobile-first and cloud-first world.”

Read through Nadella’s missive again, and in view of what’s happened, it’s easier to see how Xbox Entertainment Studios hit the cutting room floor today, though that’ll do nothing to assuage studio talent fresh out of a job. 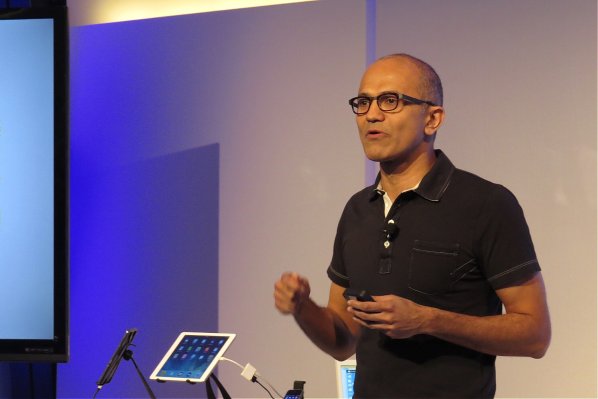 Why Microsoft's New Manifesto Is So Shocking
Next Up: Editor's Pick