The Twitter Inc. logo is displayed on a mobile device for a photograph in New York, U.S., on Monday, Sept. 16, 2013. Twitter Inc., which announced plans last week for an initial public offering, is still deciding whether to list on the New York Stock Exchange or Nasdaq Stock Market, setting off a horse race for the high-profile deal. Photographer: Scott Eells/Bloomberg via Getty Images
Bloomberg/Getty Images
By Victor Luckerson

Twitter has become the largest media platform for minority voices on the planet. Everything from the Trayvon Martin case to the BET Awards has become the equivalent of a front-page headline on the site thanks to the social network’s trending topics, which aggregate the most popular conversations and present them to all Twitter users. Blacks over-index heavily on the site, with 29 percent of black Internet users in the U.S. reporting that they actively use Twitter in a recent Pew Research Center survey, compared to 16 percent of whites and Hispanics. In the same way Twitter owes much of its success to the early adopters who gave the site structure and the celebrities who gave it clout, it can also thank black people for helping it reach critical mass and climb to 255 million monthly active users.

So it’s disappointing that the company is so far resisting a positive trend in Silicon Valley, the disclosure of employee data related to race and gender. Chances are, Twitter’s employee roster looks a lot like its Bay Area competitors—overwhelmingly male and white. That’s not a dirty little secret in the Valley; it’s been the modus operandi for decades. The common race and gender tropes of tech startups are so ingrained that we now have an HBO sitcom to mock how far removed the tech scene is from the way the rest of the world lives.

Most tech firms have spent years resisting past entreaties to cough up demographic data. But the stonewalling ended in May, when Google published a diversity report revealing that the company is about 70 percent male, 61 percent white and 30 percent Asian. That set off a domino effect that led Yahoo, LinkedIn, Facebook and others to publish similar data. But huge consumer tech companies like Apple, Twitter and Amazon have so kept their own figures to themselves (Apple CEO Tim Cook has said the company will release its data “at some point“). Civil rights activist Jesse Jackson is planning an online petition and a social media campaign Friday to convince Twitter in particular to disclose its employee data. None of the companies mentioned responded to multiple emails from TIME asking whether they planned to release diversity reports in the future.

All of these companies, of course, are free to hire whoever they please. They work in a field so hyper-competitive that Google was once willing to give employees offered jobs by Facebook counteroffers within an hour. But anyone who’s ever held a professional job knows who you know matters as much as what you know, and many people in our so-called melting pot continue to maintain friendships exclusively within their own race. Minorities are at a natural disadvantage trying to crack into a world where no one looks like them.

Meanwhile, software development is one of the fastest-growing job sectors in the U.S., expected to grow by 23% from 2012 to 2022, according to the Bureau of Labor Statistics. Historically underrepresented minorities are showing a greater interest in the field—20 percent of the students who graduated with a degree in computer and information sciences in 2012 were black or Hispanic, up from 16 percent a decade prior (at Google, by comparison, 5 percent of workers are black or Hispanic and 4 percent are multiracial). Making a commitment to diversity now means that a wider number of people will have access to these well-paying jobs in the future, a result that will help the tech sector remain prosperous and in-tune with cultural shifts as whites continue to decline as a percentage of the overall U.S. population.

Perhaps the companies that have yet to speak up on diversity fear the negative headlines that will come from admitting that their organizations are mostly comprised of white males. But an annual diversity report is a flag in the sand that indicates inclusiveness is important to a company, important enough to stake its reputation on. Diversity in the workforce has proven benefits for business, and it’s a savvy long-term marketing tool to help recruit employees who value diversity in their work life. The public pressure that naturally stems from such transparency will also encourage tech firms to partner with organizations already looking to boost involvement by women and minorities in computer science, such as Girls Who Code, Black Girls Code and the national societies for black and Hispanic engineers.

Obviously this is not just an issue that affects Silicon Valley. My own industry has seen a declining percentage of minorities working in newsrooms, and men still outnumber women in journalism jobs nearly two-to-one. We could use some more transparency on these issues as well. All U.S. companies with more than 100 employees are required to send detailed demographic data to a federal agency called the Equal Employment Opportunity Commission each year, so there’s no reason they can’t share it publicly. The European Union passed a law in April requiring firms with more than 500 employees to publicly release data related to workforce diversity, environmental sustainability and human rights.

It shouldn’t take a government mandate to introduce transparency, though. Right now the tech giants are uniquely positioned among American businesses to take a leadership role on the issue of diversity in the workplace. Our country’s two most valuable companies, Apple and Google, reside nine miles from each other in Silicon Valley. They and their smaller competitors are constantly crowing about how their disruptive products and progressive worldviews are changing the world for the better. Well, here’s a dead-simple way to help fix the world: take that race and gender data you’re already collecting and let everyone else see it. Public scrutiny of the information will inevitably beget positive change. 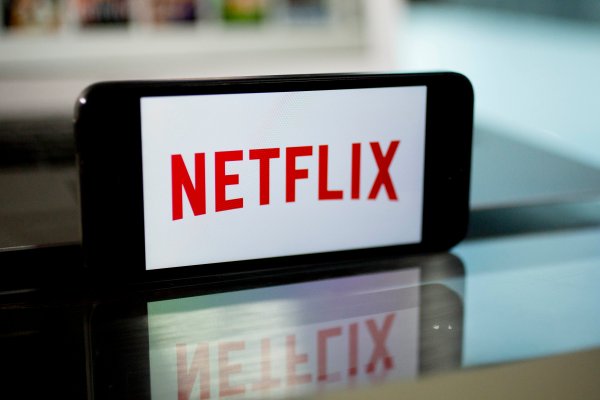 Verizon: Buffering Problems Are Netflix’s Fault
Next Up: Editor's Pick