Trust us on this: Don’t Trust the B—- in Apartment 23 was a tragically underappreciated comedy.

The modern, sharp-tongued, gender-swapping take on The Odd Couple was cancelled when ABC pulled the plug midway through its second season in 2013. While shows get cancelled all the time, the move was especially irksome to fans, because there were still eight episodes remaining in the season. That’s right — eight completed, ready-to-air episodes filled with Chloe’s viciously witty barbs, June’s wide-eyed horror and James Van Der Beek being James Van Der Beek, were in the can and ABC never aired them. Sure, they were released on Netflix, but they didn’t get the primetime attention and real-time Twitter love they deserved.

Now, Logo is correcting that problem. The network has acquired the eight unaired episodes and will air them Saturdays at 10 p.m./9c beginning on July 19th. Leading up to it, they will be running a Don’t Trust The B— marathon starting this Saturday starting at 1 p.m..

The icing on the already delicious cake? When ABC originally aired the show, they chose to run many of the episodes out of order, making it difficult for fans to keep up with what happened week to week and undercutting the show’s storyline. Logo will air the episodes in order, which will help the series’ craft its narrative arc, while staying true to the show’s Seinfeld-ian no hugging, no learning leanings.

Despite its dismal on-air ratings, the show is definitely worth watching. Krysten Ritter’s brilliant, titular “b—-“, Chloe, was the perfect lovable sociopath, a breed that’s tragically under-represented on television (House being the notable exception). Dreama Walker’s June was the perfect foil for Chloe’s vitriol, as she seemed to never quite believe the things that Chloe was saying while also accepting them wholeheartedly. The show also introduced the wider world to the talent of Eric André, who went on to star in his own show on Adult Swim, and somehow convinced Dawson — er, Van Der Beek — to play a washed-up teen idol version of himself, gamely poking fun at himself again and again. The ensemble cast was like a softer It’s Always Sunny in Philadelphia, that managed to be primetime friendly while pushing boundaries and without pulling any punches.

The show also frequently called out gender stereotypes to point and laugh at them. Take for instance, when Van Der Beek lamely stated that he didn’t know what girls eat; guest star Busy Phillips deadpanned, “Oh, sweetie, we don’t. We don’t eat. We just live in caves, having our periods, until it’s time to have sex with the first guy who buys us a wine cooler and reminds us of our dad.” The dialogue never failed to be sharply sardonic.

But it’s the titular B who was the real star. Chloe is aligned with some of the other driven, grumpy women who populate primetime, from Nurse Jackie to Julia Louis Dreyfus’s Selena on Veep to Aubrey Plaza’s April on Parks & Recreation to Girls‘ Shoshanna, none of whom suffer fools lightly. And, really, why should they? Chloe would give a fool an earful and a smackwich and move on with her life.

If you don’t know that the best way to take over a company is to just walk in and start firing people or don’t know the perverse joy of a smackwich, you should definitely spend Saturday on the couch with the B— in Apartment 23:

MORE: This Concept For a Breaking Bad Sequel Is Spectacularly, Gloriously Insane 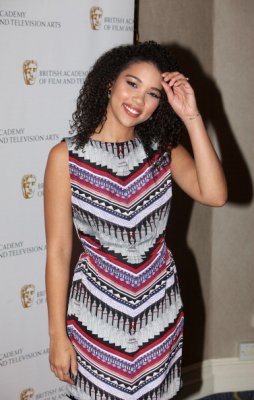 Aaliyah Biopic Gets New Star
Next Up: Editor's Pick