Well, fancy that: Billboard‘s latest update of their Hot 100 songs chart has finally brought a little change to the world of pop. After nearly two months in the top spot, Iggy Azalea’s “Fancy” has been displaced — and the new top song is “Rude,” the reggae-inflected single from MAGIC! that tells the sad tale of a man who unsuccessfully asks his girlfriend’s father for her hand in marriage.

He’ll never give his blessing, the father tells the song’s protagonist, as well as, “Tough luck, my friend, but the answer is no.'”

But, in the grand tradition of people criticizing Alanis Morissette because it’s not actually that ironic for it to rain on someone’s wedding day, let us ask the awkward question: is “rudeness” really the problem here?

Lizzie Post has the answer. She’s the co-author of the sixth edition of Emily Post’s Wedding Etiquette, great-great-granddaughter of the original Emily Post and someone who knows the song well. “I was just singing it!” she exclaims when asked about it; she says her friends razz her about etiquette showing up on pop radio. But as it turns out, the level of rudeness in “Rude” is not so clear-cut.

For one thing, the etiquette of asking for someone’s daughter’s hand in marriage is complicated. Though there are some American regions or cultures in which asking a parent for permission prior to proposal is still done, Post says that it’s largely a remnant of a time when brides tended to be much younger, before the average age of marriage for American women edged into the late 20s. (It’s even later in Canada, from where MAGIC! originates.) When most brides lived with and depended on their parents, it made a lot more sense to involve them in the decision than it does now, when engaged women are older and more likely to be self-supporting. “Most parents end up saying that ‘She’s a grown woman and it’s up to her,'” Post says. If the parents are going to get a heads up, Post suggests asking for “blessing” or “support” rather than “permission.” And, if the woman comes from a family where permission is still required — as is perhaps the case with the “old-fashioned man” in the song — the couple should have an open conversation about that in advance, so they’re sure they have the same expectations about family involvement.

On the other hand, that’s not to say that “tough luck” is the most polite way to turn down your daughter’s prospective fiancé. Rather than a straight up “No,” Post suggests a father talk around the question and acknowledge that his opinion — as is the case in the song — may not actually determine whether the marriage happens. For example: “I hope you can understand that I’m not completely comfortable with this.”

Nor is the dad in the song the only one not exactly prioritizing etiquette. Post says that, in talking to a parent about something like this, a man might ask the father out to lunch or, during a longer visit to the family home, ask to speak to him privately, which will give him notice that a serious conversation is about to happen. (“He’ll know what’s coming,” she says. “Dads aren’t stupid.”) Showing up unannounced on his doorstep isn’t exactly the most considerate way to go about it.

So there’s your answer: both parties in the song are, in fact, being a bit rude to one another — but rudeness isn’t what the song is about. Having a negative opinion about something isn’t inherently impolite. The truth is not as amenable to a pop chorus as the one-word assessment “rude” may be, but the situation described in the song is evidence of a deeply dysfunctional family and a father who, though his daughter seems eager to marry her boyfriend, doesn’t respect her choices and autonomy.

As Post puts it, “You’ve got bigger problems if your future in-laws aren’t excited for you to become part of the family.” 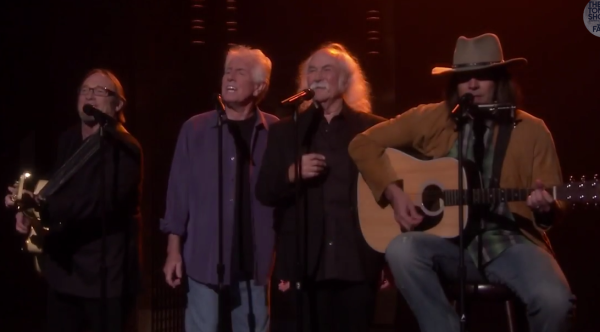 This Is What Iggy Azalea's "Fancy" Would Sound Like If It Was Sung by Neil Young
Next Up: Editor's Pick