Software giant Microsoft Corp will cut up to 18,000 jobs over the next year, it announced in a press statement Thursday.

The company said the cuts are part of “a restructuring plan to simplify [the] organization and align the recently acquired Nokia Devices and Services business with the company’s overall strategy.”

The bulk of the cuts, around 12,500 professional and factory positions, will come from the Nokia business, which Microsoft purchased for $7.2 billion in April. The acquisition brought Microsoft’s headcount to around 127,000 staff.

The cuts, which will be fully completed by June 30 next year, are the largest in Microsoft’s 39-year history. In 2009, former Microsoft CEO Steve Ballmer cut 5,800 jobs or 6 percent of staff to stem the effects of the recession.

The plans were announced in an email from Microsoft CEO Satya Nadella, who was appointed in February. This email follows Nadella announcing plans for a “leaner” business in an open note to employees last week.

Nadella’s cuts may be an attempt to make Microsoft more competitive against Google and Apple. Computer-maker Hewlett Packard has also announced job losses with plans to cut 50,000 of their 250,000 workforce over the next three to five years.

Correction: This article originally misstated how many staff joined Microsoft with the Nokia deal. It was around 32,000. 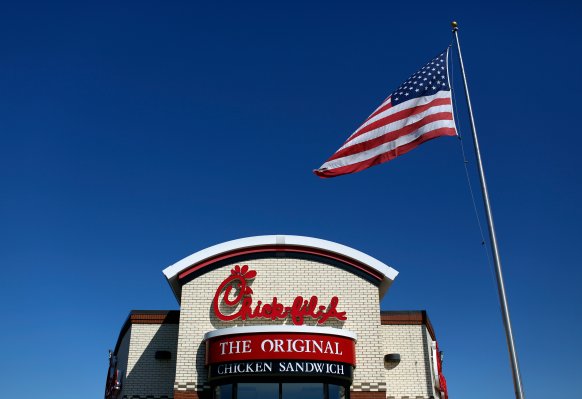 How Chick-fil-A Totally Crushed KFC, Popeyes
Next Up: Editor's Pick