Israeli soldiers patrol along the southern Israeli border with the Gaza Strip following Israeli air strikes in the Palestinian coastal enclave before a five-hour truce went into effect, on July 17, 2014.
Jack Guez—AFP/Getty Images
By Mirren Gidda

Israel and Hamas had agreed to a five-hour humanitarian cease-fire Thursday to allow the U.N. to deliver aid and supplies to the people of Gaza.

“Three mortars hit the Eshkol Regional Council area in southern Israel,” says the Israeli spokesperson. “The mortars landed in open area and there have been no fatalities or injuries.”

The incident is said to have happened around 12 p.m. local time, two hours after the cease-fire came into effect. Hamas has not yet issued a statement.

The Israeli spokesperson added that the military had previously said they would “respond immediately” if Palestinian militants breached the cease-fire agreement. However, she refused to comment on whether the Israel Defense Forces had any plans to retaliate.

The ongoing conflict, which began July 8, has seen 220 Palestinians and one Israeli killed, according to Palestinian and Israeli officials. The Palestinian health ministry say 1,450 Palestinians have been wounded as a result of Israeli strikes.

Israeli leaders have said the country began the military operation in a bid to stop Palestinian rocket attacks. 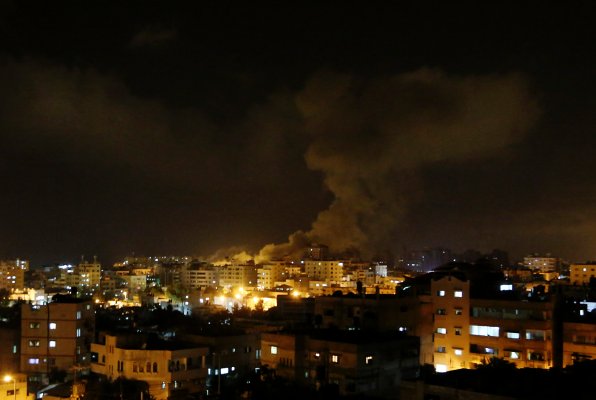