Party in the USA

For the past few years, young people in other countries have been throwing America-themed parties at which they eat hamburgers, wave our flags, wear baseball caps to the side and, I’m assuming, cease to have any idea where their own country is on the map. Now that American power is in decline, the U.S. has become campy.

To inspire us back to greatness, I decided to throw an America-themed party in America. I found people who’d attended such parties overseas, and each told me the most crucial details. To prepare for his America party before he went to college at Indiana University, Gaurav Maitreya, who grew up in Dubai, had a friend beg an aunt visiting from the U.S. to bring just one thing: a pack of Solo cups. Also, he said, people in other countries don’t display their nation’s flag on their front lawns, cars, lapels and lead-ins to news shows. “For the party, our entire house was covered with the most ridiculous American flags we could find. What’s the flag with the snake cut up? We had a bunch of those.”

Laura Christensen, who was visiting a hostel in Scotland when an America party broke out, said the Real Housewives shows seemed to have undue influence on how our country is perceived. “The amount of leopard print surprised me,” she said. Also, beer pong. “The idea that Americans have created new ways of getting trashed was a great fascination.” In other parts of the world, the only drinking game they have is being permanently depressed.

For more help, I called Nikolai Zlobin, a Russian-American expert who runs a think tank in D.C. called the Center on Global Interest and also wrote two Russian best sellers that chronicled the strangeness of life in the U.S., like the fact that we pay teenagers we don’t know to watch our children. Zlobin had lots of suggestions. First, I needed to invite people who don’t know one another. And a lot of them. “In Russia you never invite more people than can fit around the table. You have an exact number of chairs and silverware,” he explained. “Here, you walk from room to room, and there are not enough chairs. In Russia, you don’t invite people to have them stand around in the corner.”

Also, instead of proudly giving guests my best stuff, as they do abroad, I should serve cheap liquor and food on paper plates, since these are people I’ll never see again anyway. I should make them pour their own drinks. And I should also definitely give everyone a house tour, which, he said, always sucks. “First of all, it’s boring. And second, it’s private,” Zoblin said. “No one is interested in your basement and your garage.”

Finally, if my America party was to be a success, I needed to focus on one more thing–not fireworks, not food, not drinks, not conversation. “The biggest concern is if you have enough ice. Or in the middle of the party, you have to send someone to a gas station to buy ice,” Zlobin said. I got the feeling that people might be telling Zlobin to leave the party to get ice because he’s such a bummer.

My lovely wife Cassandra pushed off my America party for three months. Like Zlobin, she hates parties with guest lists of people who don’t know one another. Being un-American, she wanted to hire a bartender and refused to let me cook burgers since it would take me away from hosting duties. The night before the party, she strongly considered not coming.

I had bought tons of small American flags as well as American-flag rubber duckies, American-flag sunglasses and red and blue glow bracelets. People who didn’t know one another quickly introduced themselves over paper plates of smoked brisket and ribs, and soon they were playing beer pong with Pabst Blue Ribbon and, later, 101-proof Wild Turkey. People brought 40-oz. cups and jugs of Carlo Rossi wine and wore muscle shirts. In fact, only one bad thing happened: it’s possible my 5-year-old son will soon tell an authority figure he has played beer pong.

The weirdest part was that as hard as I tried to re-create the ridiculous portrayal of America that foreigners have, it felt like a normal party. Dan Sterling, a patriot who co-wrote the upcoming Seth Rogen and James Franco movie The Interview, about killing Kim Jong Un, said he quickly forgot the campiness: “I lost track of all that and spent my time doing the basic things I do at any party–stress over how to inject myself into conversations that don’t currently include me, extract myself from ones that do and stare at women.”

Here’s what foreigners don’t get about our country when they judge us: We’re optimists. Our parties are going to be great simply because we want them to be. Why carefully cull a guest list when people are excited to introduce themselves to new people? Why get good beer when it’s going to be used as a punishment in beer pong? Why waste all that time instead of just throwing as many parties as you can?

People stayed until after midnight. And the only reason they left, I’m guessing, is that the ice eventually melted. 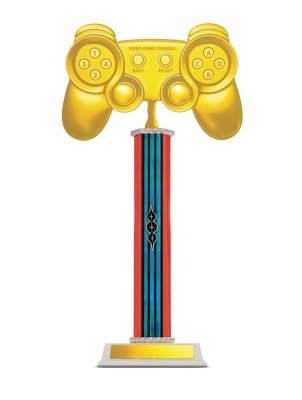 Games of Drones
Next Up: Editor's Pick