Taur Matan Ruak speaks to the press during the second round of the Presidential elections on April 16, 2012 in Dili, East Timor.
Pamela Martin—Getty Images
By Charlie Campbell

Journalists and human rights activists are urging the President of East Timor to scrap a bill deemed a serious threat to press freedom, warning that the nascent democracy could be heading toward renewed authoritarianism.

A former Portuguese colony, East Timor, or Timor-Leste, only won independence from neighboring Indonesia in 2002 following a bloody civil war. Since then, despite being desperately poor, it has enjoyed a remarkably open society.

This is poised to change, say activists, with the implementation of the Media Act, passed by parliament on May 6 but yet to be ratified by President Taur Matan Ruak. The 57-year-old liberation hero has asked for the Court of Appeal to review the legislation’s constitutionality, but critics claim it should be immediately expunged.

“The media played a crucial role in East Timor’s long struggle for independence,” said Phelim Kine, deputy Asia director at Human Rights Watch, in a statement. “The President should tell parliament that a media law that stifles free expression won’t get his signature.”

The long struggle that secured East Timor’s independence claimed some 100,000 lives and left the newly liberated population of one million people in abject poverty. Most East Timorese rely on cash crops, mainly coffee, to buy imported rice. A four-month “hungry season” — the period between crops — is an annual ordeal and nearly half of local children are underweight.

However, East Timor boasts abundant oil reserves and petrodollars have begun flooding in. Unfortunately, this opens the door to graft, the exposing of which brings media into direct confrontation with venal officials.

“What we’ve seen in the last few years is more attention to scandals and corruption,” Bridget Welsh, a Southeast Asia expert with the Center of East Asia Democratic Studies, tell TIME.

Although the Media Act explicitly enshrines “freedom of the press” and prohibits censorship, several provisions would permit government interference with journalists. Rather than the self-regulation favored by media advocates, an official Press Council, staffed by state appointees, would have the power to “grant, renew, suspend and revoke” media credentials. “The law will be the death of [Timorese] journalists,” Timor-Leste Press Union President José Belo told UCA last month.

Around half the adult population of East Timor is illiterate and Internet access is minimal. Newspapers are mostly available only in the capital, Dili, with most rural people getting news and current affairs from radio and TV. If a government was able to influence broadcast content and put pressure on journalists, it would stand a good chance of disseminating its messages unchallenged. The Media Act already proposes to require journalists to “promote the national culture” and “encourage and support high quality economic policies and services.” Such provisions are open to interpretation and abuse, claim critics.

“Journalists, including freelancers, took great risks and made enormous sacrifices while reporting during the darkest days of Indonesia’s occupation of East Timor,” said Kine. “The government should recognize that journalists are an indispensable front line against human rights violations, corruption, and abuses of power. Donors should urge the government not to undermine the media’s crucial role.” 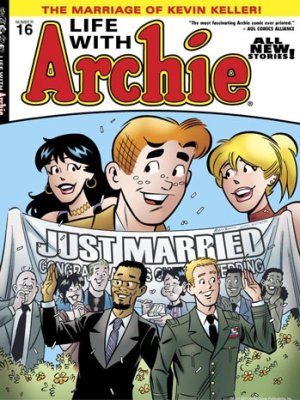