No one knows exactly how Chris Christie spent every hour of the four days in September when the people of Fort Lee, N.J., were being punked by members of his staff who decided that it might be fun to toss traffic cones on the George Washington Bridge and see what happened. It’s certain the governor wasn’t sitting in any of the all-day traffic jams the stunt caused. It’s certain he wasn’t fretting at home while his kids tried to get to their first day of school or waiting for emergency medical care that couldn’t get through the manufactured gridlock.

“I am a very sad person today,” he said at his marathon press conference last week. “That’s the emotion I feel. A person close to me betrayed me … I probably will get angry at some point, but I’ll tell you the truth, I’m sad.”

But sad was only part of it. Christie was tired too, since, as he took pains to mention, he’d had very little sleep the night before. He was also “blindsided and “humiliated” and found it “incredibly disappointing to have people let [him] down this way.” So all told, the governor had a very tough week, thank you very much.

(MORE: Bunnies, Stinkbugs and Maggots: The Secrets of Empathy)

If you got the sense that Christie has seen the unfolding mess mostly in terms of how it affects, you know, Christie, you’d be justified. Google the words Christie and narcissist and you get 3.3 million hits. Salon calls his press conference “a mix of narcissism and bullying.” New York magazine writes of “The narcissistic drama of Chris Christie’s apology.” In a Washington Post piece, “New Jersey narcissist,” Dana Milbank actually counts the number of first-person references Christie made in his endless presser: I led the field with 692 repetitions; me, my and myself were next at a combined 217; I’m clocked in at 119; and I’ve was last at a still-impressive 67. So, a lot of verbal selfies.

But it’s not language alone that makes Christie the narcissist he is. It’s not his loudness and largeness or personality either, nor is it his history of bullying or his disdainful impatience with those he appears to think of as his lessers — though all of those things are certainly part of the narcissistic profile. I’ve spent the past two years deep in the literature of narcissism for a just-completed book, and if there’s a sine qua non that turns up again and again in the personality of the narcissist, it’s a wholesale lack of empathy — an inability to see any suffering but the narcissist’s own, even when the narcissist has caused real suffering in others.

Some of America’s most florid narcissists have been jaw-droppingly good at this very bad tendency. “How could they f-cking say this? How could they do this to me?” wailed John Edwards when press reports of his career-wrecking extramarital affair began appearing, according to Game Change, by John Heilemann and TIME’s Mark Halperin.

“I don’t believe it, first it snows and now this,” moaned baseball bad girl Marge Schott, former owner of the Cincinnati Reds, when a storm threatened to delay Opening Day and, after the game did start, umpire John McSherry suffered a fatal heart attack behind home plate.

“Others may hate you, but those who hate you don’t win unless you hate them, and then you destroy yourself,” a teary Richard Nixon counseled his White House staff on the morning after he resigned the presidency — affecting the pose of the wronged leader who was rising above the pettiness of his attackers, rather than the constitutional vandal getting out of Dodge before he could be thrown out.

(MORE: Narcissists Know They’re Obnoxious, but Love Themselves All the Same)

The utter absence of the empathy app in narcissists like Nixon, Edwards, Schott and, it seems, Christie, is in some ways a mystery, since it’s one that usually gets downloaded and booted up very early in life. Empathy is hardwired in the brain at birth in the form of mirror neurons, which, as their name suggests, help us experience what others are feeling in a powerful — and sometimes painful — way.

Researchers cite studies, for example, showing that while crying is always contagious in a roomful of newborns, it’s not the noise that appears to be responsible — at least not always. Babies can distinguish between the sound of a real cry and the sound of a recorded one, and will respond with their own tears mostly to the genuine one — presumably because it’s a sign of equally genuine suffering. “Infants show empathy from the very beginning,” says psychologist Jean Twenge of San Diego State University.

Psychologist Mark Barnett of Kansas State University similarly cites the sweet if unscientific phenomenon of toddlers who will respond to the sight of an injured or unhappy adult by racing to bring a plush toy or one of their other favorite comfort objects. It works for them, so why shouldn’t it work for a grownup? “It’s called emotional mimicry,” Barnett says. “It’s not true empathy, but it’s a start.”

Christie did bring his own version of a stuffed teddy to the mayor of Fort Lee, visiting him directly after his press conference to offer his apologies and his sympathy. But it was a small, late and self-preserving gesture, and only to true Christie partisans did it read like real contrition. To most others, it looked like Christie looking out for the man he cares about most, which appears to be Christie.

Narcissism is not all bad. Martin Luther King and Nelson Mandela may have been among the greatest, bravest, most virtuous men of their era, but if you don’t think they got a deep and primal charge out of being cheered by crowds that numbered in the hundreds of thousands, you don’t know human nature. Diffident people don’t change history. But petty people, self-interested people, people who are very good at feeling their own pain but poor at feeling others’ don’t either. Christie has been learning that lesson since last week. Like other narcissists who have fallen before him, he may find he’s learned it too late. 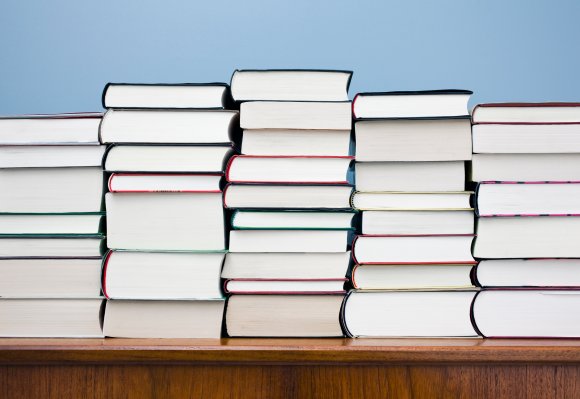 The Literary Misery Index: What the Economy Has to Do With What You're Reading
Next Up: Editor's Pick