Bowe Bergdahl, who was held by the Taliban for nearly five years before being released in May.
U.S. Army / Getty Images
By Mark Thompson

No one’s heard anything yet from Army Sgt. Bowe Bergdahl, the former prisoner-of-war freed in a May 31 swap for five Taliban leaders after nearly five years as a Taliban prisoner. He hasn’t spoken to the press—by all accounts, he hasn’t even spoken to his parents. But, in typical American fashion, he has retained—and spoken to—an attorney.

“Sergeant Bergdahl is deeply grateful to President Obama for having saved his life,” Eugene Fidell, retained a week ago by the soldier, told TIME on Wednesday.

Fidell has traveled to Texas—where Bergdahl has returned to active duty at a desk job in San Antonio following his “re-integration” back into the service—to discuss with his client the investigation into the circumstances leading up to Bergdahl’s abduction in 2009. The attorney declined to offer any insights into Bergdahl’s mood, legal defense, or relationship with his family. Bergdahl also has an Army lawyer.

But Fidell did suggest the case—now being investigated by a two-star Army major general—is more complicated than he originally thought. That’s saying something: Fidell is a prominent military-law expert who lectures at Yale Law School on the topic, and former president of the National Institute of Military Justice.

“Before I was in the case, I was skeptical that the investigation called for a major general,” Fidell says. “I thought that a talented lieutenant colonel would be more than enough horsepower—I thought it was overkill.” Army officials say Major General Kenneth Dahl has yet to interview Bergdahl.

Fidell said he has changed his mind as he has dived into the case. “Based on what I now know about the complexity of the issues, which are in a number of spheres that I’m not going to get into, I understand why the Army thought that a general officer should be involved,” Fidell adds. “I now understand why management thought that it was a good idea to have a two-star officer doing this investigation.”

The lawyer, who has taken the case pro bono—without pay—declined to discuss the specifics that led him to change his mind. But Bergdahl’s case is complex: according to the soldiers with whom he served, Bergdahl simply walked away from his combat outpost in June 2009 before being captured by the Taliban along the Afghan-Pakistan border. Some of those troops have called Bergdahl a deserter, and alleged that fellow soldiers died hunting for him.

Questions also surround the Army’s decision to allow Bergdahl to enlist, two years after he washed out of Coast Guard boot camp after only 26 days. And lawmakers on Capitol Hill have criticized Obama for giving up five senior Taliban leaders for Bergdahl, now 28.

Rep. Rob Wittman, R-Va., told TIME on Tuesday that he doesn’t believe the swap was in the nation’s interest. “We were duty bound to bring him back, but I think we’re duty bound to bring him back in the right way,” said the chairman of the House Armed Services Committee’s readiness subcommittee. “What other opportunities were there for us to secure Sergeant Bergdahl’s release besides releasing these five high-ranking Taliban officials?…we did increase the risk to Americans and American interests by releasing these five.”

Rear Admiral John Kirby, the Pentagon spokesman, said that Bergdahl is now free to come and go like any other soldier. “He’s free to leave base…he’s not under any particular restrictions,” Kirby said. “And I would remind you, he’s not been charged with anything.” 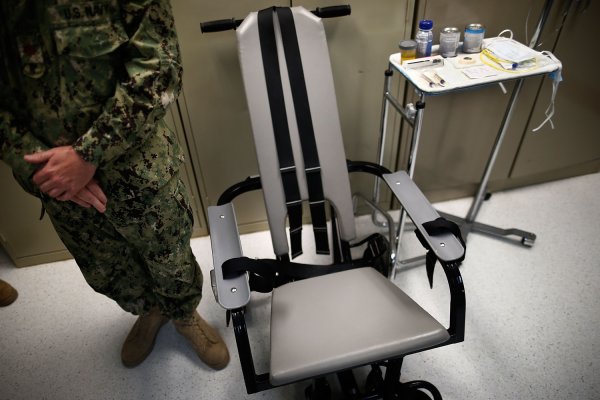