Comcast, AT&T Say They're Not Big Enough Yet

Two of the biggest players in the telecom industry faced off against a public interest group, a trade group and a satellite company at a Senate hearing Wednesday in a debate that will help set the stage for upcoming battles over the future of broadband, television and streaming video.

The hearing comes just as federal regulators are staffing up to review two mammoth mergers: One between Comcast and Time Warner Cable, and another between AT&T and DirecTV. To some degree, the hearing was only ceremonial: Congress won’t have any direct say over whether federal regulators approve or deny the mergers. But political winds in Washington can affect regulators’ moods, and the back-and-forth gave members of the Senate Committee on Commerce, Science and Transportation a chance to publicly speak their minds on the mergers.

While the discussion at the hearing was unflaggingly respectful, it touched, just below the surface, on what has become a fiercely ideological war with regard to the future of TV, with each side presenting a vision incompatible with the other’s.

Comcast and AT&T argued that massive consolidation in the telecom industry is good for consumers, good for innovation, and good for the free market. They warned that if the government does not allow the mergers to go through, incumbent telecom companies would no longer be able to invest in basic Internet infrastructure, leaving consumers to pay more for fewer Internet and TV options.

Representatives from advocacy group Public Knowledge, a TV writer’s guild, and satellite TV company Dish made the opposite case. They said that recent consolidation in the telecom industry has been terrible for consumers, driven up prices and driven down the quality of customer service. They also said the lack of competition has squashed innovation and investment in broadband infrastructure.

At the center of the discussion was Americans’ shifting TV-viewing habits. When Americans want to watch TV, they’re increasingly bypassing traditional set-top boxes, instead opting for their smartphones, tablets, and laptops. Online video consumption grew by 71% in the U.S. between 2012 and 2013, according to Nielsen.

That trend has been the driving force behind skyrocketing broadband subscriptions—a major cash cow for cable companies and for telecom companies that offer services faster than DSL. AT&T’s revenue from its U-Verse high-speed broadband business was up 29% from last year according to a recent quarterly report, for example. Comcast, which already has more than 21 million broadband subscribers, says the broadband business is one of its fastest-growing offerings.

That so many Americans are streaming more video online has also made online TV and video content companies, like Netflix, YouTube and Vimeo, fundamentally dependent on telecom companies’ pipes to reach customers. Public Knowledge’s Gene Kimmelman argued that no online video streaming company can exist without going through broadband providers like AT&T and Comcast, whose services are necessary to deliver streaming content to consumers. That sets up a potential problem, as Comcast could be incentivized not to carry Netflix or YouTube content as quickly as its own video offerings (Comcast owns NBCUniversal, a major content production company).

“Everyone who wants to make the online video system works needs to make a deal with Comcast,” he said.

Also addressed during the hearing was many Americans’ frustration at having to pay large bills for pay-TV—bills that have risen faster than inflation—to receive hundreds of channels. The non-profit consumers rights group, Consumers Union, has said that at least two-thirds of pay-TV customers [PDF] would prefer to pay less for a handful of programs that they actually watch. The disconnect between these two methods—known as “bundling” versus “a al carte”—is at the heart of the future of online video.

“The younger generation doesn’t want to spend $120 for 500 channels,” said Jeffrey Blum, a senior vice president of Dish, the second-largest satellite company in the country after DirecTV. But fixing the problem, he said, requires going up against incumbent telecom companies, like Comcast, AT&T and Verizon, which rely on bundling to underwrite their pay TV services, and would lose out if most Americans simply cut their pay-TV bill and began streaming shows online. Popular networks like ESPN would also lose out; in the current system, the telecom companies pay them large fees to redistribute their content.

Still, Blum said, there is already “too much power in the hands of too few” in the broadband space. A combined Comcast-Time Warner Cable “will have the incentive and ability to stifle competition,” he said.

Both Cohen and AT&T’s senior executive VP John Stankey dismissed concerns about anticompetitive behavior. In previous testimony before Congress, Comcast’s executive VP David Cohen has said that the merger between Comcast and Time Warner Cable will not affect competition since the companies do not currently compete in any geographic region, and that Comcast has “only to gain” from more people streaming video online. The more demand there is for online video, “the more demand there is for our broadband service,” he said at a previous hearing.

In February, Comcast made a bid to buy Time Warner Cable for $45 billion; in May, AT&T’s bid for DirecTV was worth $48.5 billion. Neither deal has yet to pass regulatory muster.

Both Cohen and Stankey also reiterated their companies’ commitment to the Federal Communication Commission’s now-defunct rules on “net neutrality,” the notion that broadband providers treat all content that passes over their pipes equally. While both expressed their opposition to some public interest groups’ hopes that the telecom industry would be recategorized as a “Title II” industry, giving the FCC much more regulatory control over broadband, they said they supported the FCC’s newly proposed net neutrality rules. 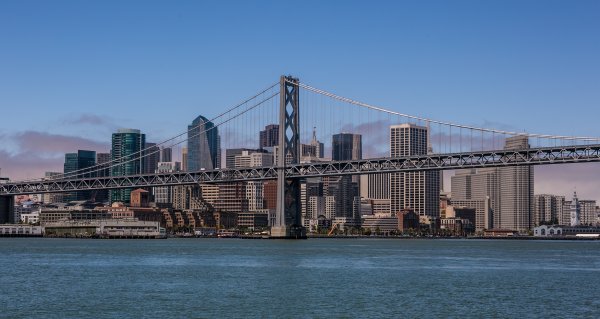 Silicon Valley's Arrogance Is Out of Beta and Ready to Ship
Next Up: Editor's Pick