“I saw Vice President Cheney saying that we should be spending more money on our military, not on food stamps and highways,” Biden told Generation Progress, an off-shoot of the Center for American Progress.

Cheney criticized the Obama administration for cutting the size of government Monday at an event hosted by POLITICO. “That ought to be our top priority for spending. Not food stamps, not highways, or anything else,” Cheney said.

“When it comes to the safety of our warriors we have to spend the money,” Biden said in response on Wednesday. “But this idea of it’s somehow inherently more important to spend money on the military than on domestic needs is a policy I reject—I reject out of hand.”

Before criticizing Cheney, Biden said, “I don’t take a backseat to anyone, including Vice President Cheney, on the issue of our military. I know what it’s like to have a son stationed in Iraq for a year.”

Biden also encouraged attendees not to give up hope on the unaccomplished promises of President Barack Obama’s 2008 election. “Everybody says because we tried in ‘08 and it didn’t happen, it’s not possible—wrong,” Biden said. “We’ve gone through these periods before … Change. Change for the better, is absolutely possible and I believe it’s close to inevitable, if you’re the drivers of it.” 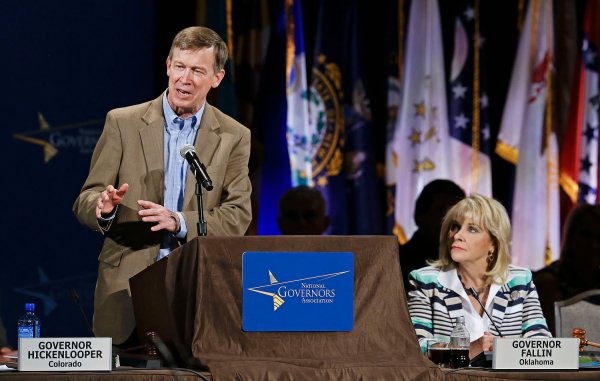 Gov Says Obama's a Pool 'Shark'
Next Up: Editor's Pick