After a catastrophic train crash in Moscow at peak rush hour time, Russian authorities have detained a track supervisor and his assistant for allegedly helping cause Tuesday’s crash, in which at least 22 people died.

The pair installed a rail switch that was apparently unable to withstand the stresses of the busiest track on the line. Passengers had complained of rattling cars on the stretch of rail on which the crash took place, but Moscow Metro brushed away these concerns.

The mayor of Moscow declared Wednesday a day of mourning for the victims of the crash. 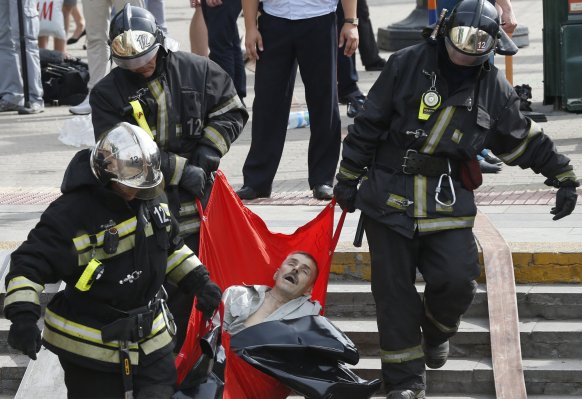 Horror in Moscow as Train Derailment Kills 20
Next Up: Editor's Pick