All-Star Game All About Derek Jeter

He may not have won MVP (that honor went to heir apparent Mike Trout) but retiring New York Yankees captain Derek Jeter stole the show at the 85th All-Star Game Tuesday.

Cameras followed Jeter’s almost every move at his final Midsummer Classic from when his name was read during lineups to when he took a curtain call to a standing ovation. The Yankee shone on the field too, leading off the game with a double and and scoring as part of a three-run inning.

Most importantly, Jeter did what he always does, quietly helping his team win the game. Well, as quietly as they would let him. 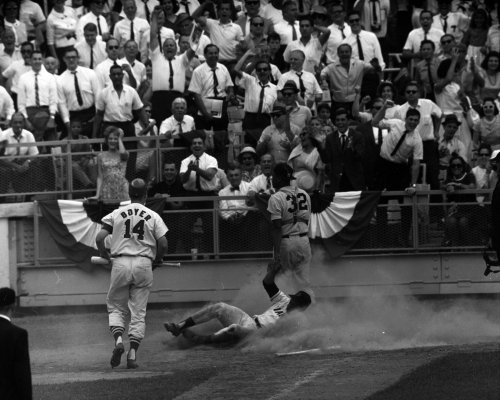 1964 All-Star Game: Putting the 'Classic' in Midsummer Classic
Next Up: Editor's Pick