Teenage boys have only one thing on their mind, or so the saying goes. But a new study published in the American Journal of Men’s Health based on interviews with 33 14-to-16-year-old boys suggest that adolescent males actually do desire the intimacy of a relationship over sex.

Researchers at Columbia University’s Mailman School of Public Health interviewed young men recruited from a clinic for low-income, Medicaid-eligible, predominantly African American adolescents who lose their virginity at an earlier age than the national average. The researchers intentionally focused on this single demographic because African American males, according to previous studies, are more likely than white or Latino males to value “masculine norms” such as sexual aggression, a preoccupation with self-satisfaction and objectification of women.

What the researchers found was that these young men whom society would assume to be most likely to value these masculine norms, sought intimacy above all else. Sixteen of the boys were sexually experienced, and four tested positive for STIs. Yet few participants said sex was the main goal in a relationship, few boasted about the number of sexual conquests they had had and many criticized treating sex and relationships as if they were a game. Those who did boast about their sexual prowess were older, possibly, the researchers suggest, because those teens had been exposed to societal norms about male sexuality longer.

One sexually inexperienced 15-year-old said of his relationship:

The boys told their interviewer that they felt close to a girl (all but one identified as heterosexual) when they felt they could trust her—they could share difficulties in their family situation without being judged or worrying about becoming the object of gossip. These girls were identified as “wife material.” As on 15-year-old sexually inexperienced boy put it:

What’s more, the boys reported that women were the ones who initiated both the relationships and sexual contact. Participants said that girls generally asked the boys out or prompted the boy to ask her out (prompting often involved a mutual friend telling the boy the girl wanted to be asked out). They also were the first to initiate sex: some displayed a condom, others undressed themselves in front of the young men. The young men often said they were surprised by the initiation of sex. A 15-year-old sexually experienced male shared this anecdote:

However, many boys reported “getting burned” by becoming so emotionally involved with women: their confidence was betrayed by their girlfriend or the girlfriend was unfaithful. A 16-year-old sexually experienced participant said of his breakup:

Another teen described himself as “emotionless” because he “had my heart broke” and “won’t allow it [to happen again].”

The young boys did, however, subscribe to some gender roles: several males described their role as a boyfriend in terms of being a protector or caretaker: their job was to confront men who flirted with or harassed their girlfriends, listen to their girlfriends’ problems and cheer them up.

These discoveries that young men are as emotionally vulnerable as young women aren’t entirely new: a 2006 study of multi-ethnic ninth grade boys found that they ranked intimacy above sexual pleasure in terms of relationship goals. Another study from the same year found that teenage girls and boys reported the same level of emotional engagement. And a 2013 TIME feature explored the emotional lives of young boys and the sexual pressure they face.

But this study debunks some specific societal prejudices about how young African American males think and feel:

The researchers go on to say that these findings suggest that our assumptions about masculine values and who subscribes to them may be totally incorrect. They suggest that research of other demographics to confirm that the young American male does value relationships over sex is necessary.

“Our study supports the view that hegemonic masculinity is a learned set of beliefs and suggests that early to middle adolescence is a critical development time frame for learning masculinity,” the researchers conclude. “This information may be of use to adolescent sexual health programs to foster the development of a healthier version of masculinity.” 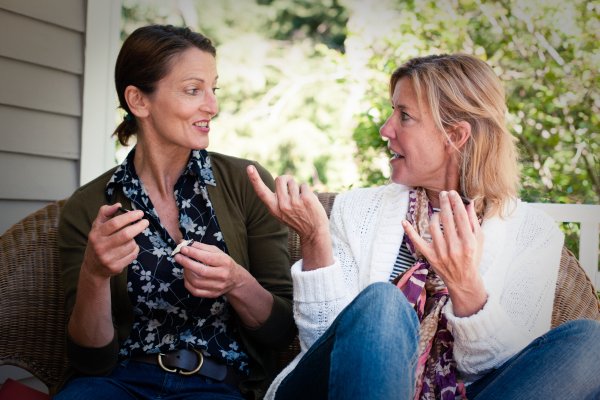 Who Talks More, Men Or Women? The Answer Isn't As Obvious As You Think
Next Up: Editor's Pick