Study: Jews Most Popular Religious Group in the U.S.

Jews are viewed most positively by Americans among the major religious groups, according to a survey released Wednesday.

The Pew survey asked participants to rate their attitude toward different religious groups on a “feeling thermometer” on a scale of 0 to 100 with 100 being the “warmest, most positive” rating. The 3,217 respondents rated Jews, Catholics and Evangelical Christians scores of 63, 62, and 61, respectively.

Unsurprisingly, groups were rated highest by their own members, with Catholics receiving an average rating of 80 from Americans who describe themselves as Catholic, for instance.

Jews and Atheists tend to have negative feelings towards Evangelicals, even though Evangelicals rated Jews highly.

Americans had much warmer feelings toward a religious group when they knew someone who identified with that group. Muslims got a neutral rating (49 on average) from respondents who said they personally knew a Muslim, much higher than the 35 rating from Americans who did not know a Muslim.

You can find the rest of the study’s results here. 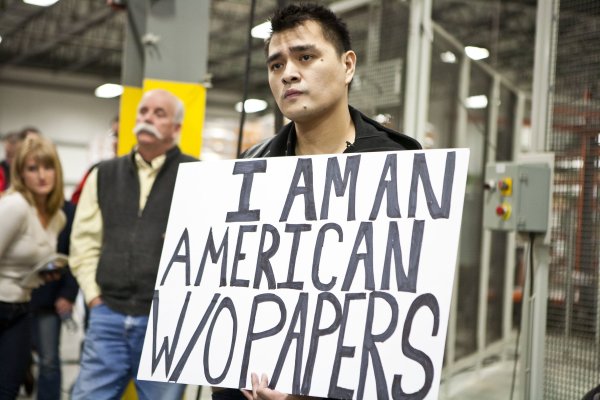