Spacing Out Kids' Vaccines Can Hurt Their Health, Experts Say

“Like any parent, I don’t like to see my child get a shot,” says Dr. Michael J. Smith, a pediatrician at the University of Louisville who has studied immunizations and developmental health outcomes among kids. “But these vaccine schedules are in place for a reason.” Smith compares skipping or postponing one of your child’s vaccinations to not buckling him or her in during a car ride. “You never know when you’re going to get hit. And if you delay or space out your child’s shots, not only are you putting your kids at risk, but you’re putting other people’s kids at risk too.”

The urgency of Smith’s warnings are borne out in the recent outbreaks of measles and pertussis, diseases that had been almost totally eradicated in the U.S. but have made a frightening comeback since the turn of the century—right around the time two now-discredited scientific papers suggested a possible link between vaccines and autism. Dozens of subsequent studies have demonstrated there are no links between vaccinations and autism. But while stats show most parents understand the importance of immunizing their kids, research from the University of Michigan indicates plenty of moms and dads—roughly 1 in 4—worry that current immunization guidelines may overburden their babies’ tiny immune systems.

The Centers for Disease Control and Prevention (CDC) currently recommend that all healthy babies be vaccinated against 12 different diseases or viruses during the first two years of life. That’s compared to eight back in the early 1990s. Recently added to the list are vaccinations against potentially deadly illnesses like hepatitis and chicken pox.

But while the number of vaccines (and needle pricks) has grown during the last two decades, the amount of antigen in those shots, which is the substance that triggers a response from your child’s immune system, has plummeted, Smith explains. “The actual burden on your child’s immune system is far lower that it was 10 or 20 years ago, even though kids now receive more shots,” he says. That’s credited to advances in protein science and a better understanding of the way diseases and children’s immune systems interact.

In an effort to provide some answers for concerned parents, Smith and his colleagues looked at kids’ scores on tests related to motor skill, verbal memory, attention span, and several other neuropsychological factor to see if vaccine timing had any impact—good or bad—on a child’s brain development. His research shows kids vaccinated on time score the same or better than children who receive their vaccinations late or not at all.

Related research from Canada looked specifically at the immunization decisions made by parents of children diagnosed with autism. “Our study found that roughly 60 percent of parents who had a child with autism delayed or declined vaccinations for a later-born child,” says Dr. Jessica Brian, a developmental psychologist at the University of Toronto. According to Brian’s research, those children who did not receive their shots on time or altogether were slightly more likely to develop autism. “I don’t want to suggest that vaccines offer some protection against autism,” she says. “But our data show that there’s no increased risk of autism among kids who are vaccinated on time.”

Brian, Smith and other vaccine researchers repeatedly point to the Internet as a source of misinformation and, in some cases, unsubstantiated fear mongering when it comes to vaccines. Not uncommon are conspiracy theories involving pharmaceutical companies and the CDC. But travel overseas, and the picture changes slightly.

In Europe, where some diseases were never eradicated as thoroughly as they were in the U.S., health officials say there isn’t as much “too much, too soon” concern among parents when it comes to immunizations. Still, European moms and dads do harbor fears about potential vaccine side effects, says Niklas Danielsson, deputy head of the vaccine-preventable diseases program for the European Centre for Disease Prevention and Control. Danielsson says the “unprecedented success” of vaccination programs has created a generation of young parents who aren’t familiar with the reality of something like a measles outbreak, so they’re focus is on a shot’s rare risks as opposed to its many proven benefits.

The lingering presence of diseases in other countries is one of the big reasons having your children vaccinated on time is so important, says Dr. Simon Hambidge, a professor of pediatrics and epidemiology at the University of Colorado. “We live in a world of international travel, and people are coming into our country all the time who may be carrying these diseases,” Hambidge says. “Unfortunately, the vast majority of the new outbreaks we’re seeing involve unvaccinated children.”

Hambidge has looked closely at one possible vaccine side effect that has parents worried: seizures. The CDC recommends that all healthy infants receive their first measles vaccination between the ages of 12 and 15 months, and some research has linked the measles vaccine to higher rates of febrile seizures. Though frightening for parents, seizures of this type are relatively common and almost never cause lasting damage, Hambidge explains. “About one in 2,000 to 4,000 kids will experience one of these febrile seizures after receiving the measles vaccine,” he says. “But we found that that seizure rate rises to one in 1,000 or 2,000 if the measles vaccine is given late, or between 16 and 23 months of age.” Hambidge says this is just one example of how a slight deviation from the CDC’s vaccination schedule can put your child’s health at risk.

“The risk of measles is far, far more serious than the risk for febrile seizures,” Hambidge says. “Even if your child is unlucky enough to have a seizure after a vaccination, these seizures are short-lived and don’t lead to any long-term issues, while measles is a life-threatening disease.”

Despite the overwhelming amount of research and real-world evidence that points to the reliable safety of vaccines, experts acknowledge that parents will continue to worry about the chemicals and additives in immunization shots. To those who have doubts, Dr. Smith says, “Vaccines are one of the most rigorously tested and effective health products on the planet. Nothing involving them is done lightly.”

And when it comes to the CDC’s recommendations regarding vaccination schedules, he adds, “As a pediatrician and as a parent, if my family’s on vacation and we have to put off my daughter’s doctor visit, I get anxious each day that she goes unvaccinated. I think the timing is that important.” 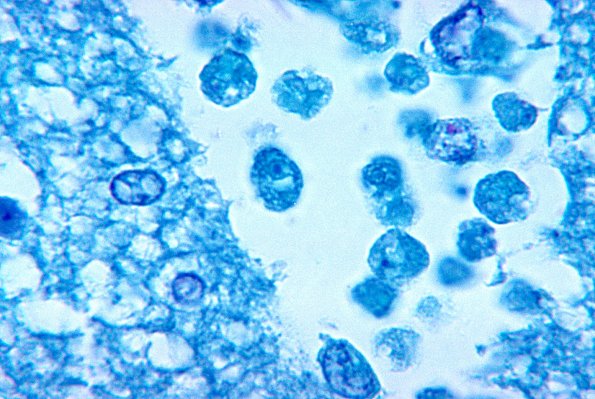 Girl Killed By Flesh-Eating Water Parasite
Next Up: Editor's Pick