Adam Kwasman, a Tea Party patriot running for congress (R), has a heated discussion with an anti-immigration activist during a protest along Mt. Lemmon Road in anticipation of buses carrying illegal immigrants on July 15, 2014 in Oracle, Arizona.
Sandy Huffaker—Getty Images
By Dan Kedmey

An Arizona politician has apologized for mistaking a busload of YMCA campers destined for summer camp for a group of frightened migrant children en route to a local shelter.

Local news site Azcentral reports that Republican congressional candidate Adam Kwasman tweeted a picture of the yellow school bus as it passed near the Rite of Passage migrant shelter in Oracle, Arizona. “This is not compassion,” he wrote in a now deleted tweet. “This is the abrogation of the rule of law.” He subsequently told a 12news reporter that he could “see the fear on their faces.”

He later tweeted an apology after he was informed that the children were not frightened migrants, but local children bound for YMCA’s Triangle Y Ranch Camp, which promises to deliver a “magical experience” in a “safe and nurturing environment.” Kwasman also greeted the news with relief: 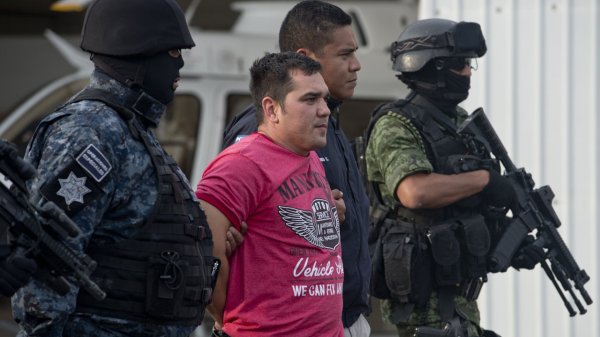 Honduras President: The War on Drugs Is Causing the U.S. Immigration Problem
Next Up: Editor's Pick