Who Talks More, Men Or Women? The Answer Isn't As Obvious As You Think

A study released Tuesday sought to answer the ages-old and oft-debated question, do women really talk more than men? This most recent answer seems to be: well, it depends.

Northeastern University Professor David Lazer and his team studied 133 adult subjects in either professional or relaxed settings and gave them all “sociometers,” a device about the size of a smart phone that measures social interactions.

“So it’s a very par­tic­ular sce­nario that leads to more interactions,” Lazer said. “The real story here is there’s an inter­play between the set­ting and gender which cre­ated this difference.”

While Lazer might have been the first researcher to use sociometers in such a study, the question of which gender talks more has been asked many times before. A number of self-help books have cited this statistic: women utter an average of 20,000 words a day while men speak an average of only 7,000. A researcher from the University of Pennsylvania who tried to track this statistic’s origin found that it may have come from a 1993 marriage counselor’s pamphlet. The pamphlet’s numbers were, surprisingly, unsourced.

In the world of actual science, one 2007 study found that women and men use roughly the same number of words a day: 16,215 words for women compared to men’s 15,669. And while one 2004 study found that girls spoke a negligibly small amount more than boys, another from the same year found that boys spoke up nine times more in the classroom.

Above all, Lazer’s study proves that the debate on the subject roils on. However, for those who still believe women to be the more talkative sex, this old Chinese proverb may offer insight: “The tongue is the sword of a woman, and she never lets it become rusty.” 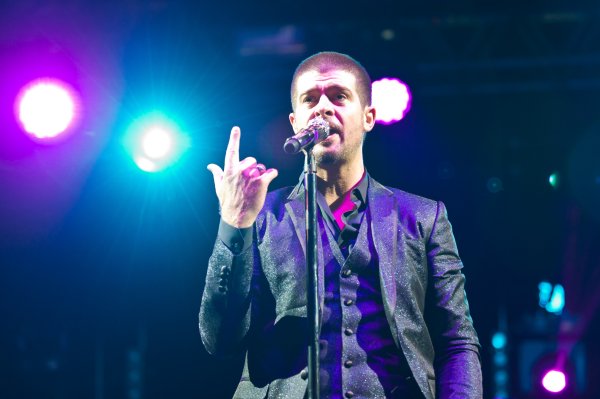 Robin Thicke's Official 'Get Her Back' 1-800-Flowers Bouquet Costs $350
Next Up: Editor's Pick