The Myth of the Diseased Immigrant

Want to know how far we’ve sunk? Here’s how far: There was never any chance at all that we would handle the crisis of thousands of unaccompanied immigrant children running for their lives and arriving at our border with any maturity or grace at all. There was never a chance we’d take them in, get them fed and settled, and then consider sensibly how we can address the immigration-emigration mess on both sides of our border—and on our border—while working to send the kids safely home.

Instead we got the usual circus, the usual call to send in the troops, lock down the border, impeach the president—because, well, why not?—and under no circumstances to consider the comprehensive immigration reform bill languishing in the House. And now, at last, we have arrived at the inevitable sub-basement level of the debate. Now the nativists and xenophobes have played their nastiest—and least surprising—card: the border must be secured and the immigrants sent back because they are, of course, diseased.

That ugly cawing has been growing in the past week—and a lot of it has come from the usual sources. “Our schools cannot handle this influx, we don’t even know what all diseases they have,” said Rep. Louie Gohmert (R-TX). Alan Long, the Mayor of Murrieta, Calif., where sign-waving protesters blocked buses carrying immigrants detained at the Texas border, argued, “[Y]ou don’t ship people that are ill and contagious all over the country.”

In a letter to the Centers for Disease Control, Rep. Phil Gingrey (R-Ga.) added his addled voice: “Many of the children who are coming across the border also lack basic vaccinations such as those to prevent chicken pox or measles. This makes Americans who are not vaccinated—and especially young children and the elderly—particularly susceptible.”

But as numerous sources, most notably The Texas Observer and the New Republic, have reported, the immigrants have more to fear from us than we do from them. The fact is, children from Guatemala, where health care is fully subsidized by the government, have a better chance of being vaccinated than kids in Texas, where one in six people is uninsured. The fact is, in Honduras, El Salvador and Guatemala again, the vaccination rate for measles is 93%, compared to 92% in the U.S.—and it’s much lower in some poorly vaccinated pockets like New York City, where there has been a recent measles outbreak.

The myth of the diseased immigrant is not exclusively an American phenomenon. All cultures exhibit it and none can completely avoid it. The behavior is deeply, deeply rooted in our brains—specifically in our amygdalae, where base feelings like rage and suspicion and impulsiveness lie. As I write in my upcoming book The Narcissist Next Door, this form of tribal narcissism—of elevating your group above others—was essential for our early survival. The clan that knows you best is the one that is likeliest to protect you and feed you and keep you alive. Wander too far from the campfire and you may run into the alien other—unfamiliar people who would just as soon eat you as say hello. So we’re hardwired to see them as strange and menacing and the people we know as familiar and good.

In the modern era, that simplistic truth becomes harder to sustain, so we lard it up with invented justifications: it’s not that people from the other side of the border are innately bad, it’s that they pose a particular menace. Their frail genes will weaken our hardy stock; their dark-skinned men can’t resist our light-skinned women; and, inevitably, they bring diseases that can strike us all dead.

The nativists and their raging amygdalae have always made claims like this and surely always will. The measure of a culture is not in silencing them—they will never go completely quiet—but in marginalizing them. They are free to descend to—and live in—the sub-basement of the debate. Everyone else is welcome to come up and enjoy the daylight. 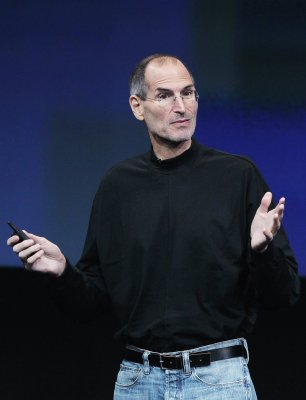 The Leadership Secret Steve Jobs and Mark Zuckerberg Have In Common
Next Up: Editor's Pick