Demonstrators rally against the Occupy Central movement to show their support to the Hong Kong government in Hong Kong on July 15, 2014. Hong Kong's government has unveiled its vision for electoral reform as public pressure for democracy grows and activists pledge to take over the city if their demands are not met
Philippe Lopez—AFP/Getty Images
By TIME Staff

Two weeks ago, tens of thousands of Hong Kongers — perhaps even hundreds of thousands, depending on whose estimates you believe — marched for the right to nominate candidates for the city’s top job. Civil nomination, as it’s locally known, would make Hong Kong the only place on Chinese soil with such a free and open manner of choosing its leader.

On Tuesday, they were flatly told by their current leader, Chief Executive Leung Chun-ying (or “C.Y.,” in the Cantonese fashion for abbreviation), that future Chief Executives would not be elected that way. Instead, there would be incremental changes of the existing system, under which candidates are put forward by a nominating committee and then voted on by an electoral college (which presently consists of just 1,200 establishment types but could be expanded). This method of doing things, Leung said, represented “mainstream opinion” in Hong Kong.

Leung was speaking on the release of the findings, which will be submitted to Beijing, of a five-month public consultation on the city’s constitutional development. The process was made up of town-hall meetings — between nervous officials and often fractious members of the public — and a review of written submissions from individuals and groups, of which nearly 125,000 were received. As a view-gathering exercise, it was undeniably thorough and when Leung says that it has “truthfully collected views of the people of Hong Kong,” he isn’t just politicking.

At the same time, reformists claim — also with some justification — that their voices deserve more prominence. Besides the support for civil nomination expressed on the July 1 march, they also point to an unofficial, civil-society-backed referendum in June in which nearly 800,000 people voted on their preferred methods of choosing their leader, with civil nomination being involved in each of those methods. Leung only indirectly referred to the march and the referendum in his report — referring to views other than those that have been officially gathered is a rookie political error when dealing with Beijing, and yet they remain glaring lacunae in the eyes of many.

The truth about what Hong Kong people want is, of course, more nuanced. There can be little doubt that Hong Kong’s well educated, sophisticated and forward-looking population would like as much say as possible in determining how the territory is governed. But at the same time, the number of those who have the appetite for a protracted political confrontation with Beijing must be very few. And confrontation it will be, for the simple fact that civil nomination is not permitted under Hong Kong’s miniconstitution, known as the Basic Law, which came into effect when Britain returned sovereignty of Hong Kong to China in 1997. Say what you like about China, but it is a scrupulous observer of formal agreements.

Hong Kongers — sober, decent, pragmatic and hardworking — are mostly not the sort of people who gravitate to the barricades and the streets. Neither do they need to be made aware of the political realities of having China as a sovereign power, for the simple fact that postwar Hong Kong has only ever existed with China’s permission. In the 1960s, the local joke was that Mao Zedong could send the British packing with a mere phone call.

With that vast, brooding power lying just over the Kowloon hills, tiny Hong Kong’s style has always been to play China cleverly — to push where it can (in matters such as education and national-security legislation, where it has won important battles) and to back off where it cannot. When establishment figures talk of having, as Chief Executive, “a person who loves the country and loves Hong Kong” it is coded speech, referring to somebody who is a master of that game and who is not like, say, Leung Kwok-hung (no relation to C.Y. Leung) — a radical legislator who hurls objects around the debating chamber and who once set fire to the Chinese flag. The election of somebody like Leung Kwok-hung to the position of Chief Executive would be the only excuse Beijing needs to employ repressive machinery far beyond anything Hong Kongers have imagined. The threat of the Occupy Central movement to bring Hong Kong’s financial district to a standstill if its demands for civil nomination are not met will also play beautifully into Beijing’s hands.

A compromise is being offered. Within the constitutional report’s prose are certain suggestions that, while subtle, would mark unprecedented concessions on China’s part, should the National People’s Congress approve them. Namely, C.Y. Leung calls for some amendments to the structure of the controversial nomination committee, which vets potential candidates for the Chief Executive election, that may render it a more democratic grouping.

“I see that as a concession. I see that as a position that allows for a democrat to get through to the election,” says David Zweig, a professor of social science at the Hong Kong University of Science and Technology. “General public nomination — it’s not going to happen. It can’t comply with the Basic Law.”

And that, in the end, is the peculiar agony of Hong Kong — to be a city of politically mature individuals that was simply handed back from one sovereign power to another, without any consultation, unable to determine its fate. Today, it is culturally, legally, historically and linguistically distinct from the rest of China, but it will never be able to parlay that into greater autonomy than what it presently enjoys. It will always be a subject territory.

It turns out that many Hong Kong people only want to get on with their busy metropolitan lives and are O.K. with that. They do not want to choose between democracy or death, and that political realism is itself an important milestone. In that sense, when C.Y. Leung said, “Today is a historical moment in the constitutional development of Hong Kong, we will be able to leave our differences behind in a rational and pragmatic way,” he was absolutely right. 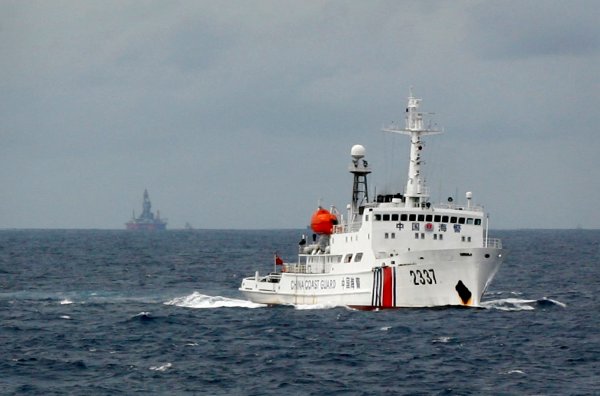