A sprinkler system sprays water onto a parked car along the curb in Glendale, Calif., Wednesday, July 9, 2014.
Matt Hamilton—AP
By Katy Steinmetz

California authorities voted Tuesday to put unprecedented, across-the-board emergency regulations in place that will levy fines for wasteful behavior. Activities like using a hose to wash a car without a shut-off nozzle or using drinkable water in certain decorative water features will be banned, while infractions will carry fines of up to $500.

The State Water Resources Control Board also emphasized that reservoirs and rainfall levels remain “critically low,” and communities may risk running out of drinking water as nearly 80% of the state is now experiencing an extreme drought. The conditions have also led to more wildfires and damage to animals’ habitats.

“Outdoor water waste is unacceptable in a time of drought,” Board Chair Felicia Marcus tells TIME. “We don’t know when it’s going to rain again. … This is a dramatic action, but these are dramatic times.”

The vote comes just months after California Gov. Jerry Brown declared a state of emergency in January, marking what may become the state’s worst drought in centuries. Despite Brown’s call for residents to voluntarily reduce their water use by 20%, the state’s water consumption has actually gone up compared to previous years.

What is now a three-year drought has taken a serious toll on Central Valley farmers, who have been forced to leave thousands of acres dormant and lay off thousands of employees. Such rural residents, Marcus says, have already been strictly rationing water, and now it’s time for those who live in cities to step up. “The prohibitions are on water waste. It’s not telling people they can’t have a lawn,” she says. Urban residents, she says, are “not seeing the fallowed fields. That shouldn’t help them sleep too much more easily at night.”

The temporary regulations, which go into place around Aug. 1, also prohibit watering outdoor landscapes generously enough to create runoff onto surfaces like sidewalks or roadways, as well as using water to clean residential driveways or walkways. They place restrictions on urban water suppliers, limiting outdoor irrigation and requiring progress reports. According to the Board, 50% or more of daily water use goes into lawns and landscapes in some areas of the state.

At a Tuesday hearing, individuals from around the state spoke before a Board meeting in Sacramento. A few called the regulations “heavy-handed” government overreach, while others arguing that the emergency measures don’t go far enough given the severity of the drought. After hours of testimony, most seeking clarity about how exceptions might work and how to enforce the regulations, the Board voted 4-0 to approve the measure.

Marcus says these regulations will help send a message about how serious the situation is. She also said they are a “modest” form of conservation that needs to go in place now in order to preserve water for the future. “We were hoping for more voluntary conservation, and that’s the bottom line,” she says. “We hope this will get people’s attention.”

And if the drought gets worse, more mandatory regulations are not out of the question. The state’s Office of Administrative Law still has to approve the package of rules, which is expected in the next two weeks. 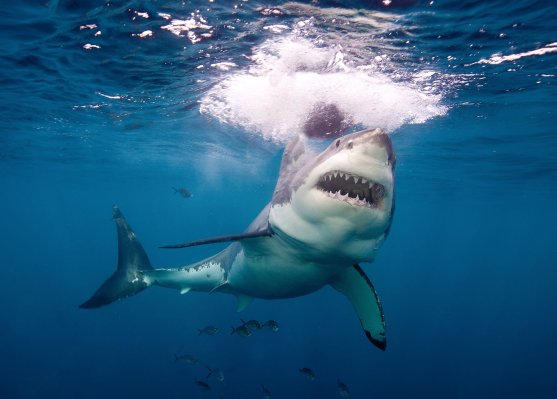 Reality Bites: Why Sharks Aren't Always to Blame for Attacks
Next Up: Editor's Pick