If Campaign Ads Told the Truth, They Would Sound Like This

Ever wonder what politicians would say if they had to always speak the unvarnished truth?

“Honest Gil” is a satirical candidate for the U.S. Senate in the Kentucky race between Senate Minority Leader Mitch McConnell and his Democratic challenger Alison Lundergan Grimes. Gil plans to rent a campaign bus, take out billboard and TV ads and show up at campaign events in order to make a spectacle of what is poised to be the most expensive Senate election in American history.

Fulbright will be the face of Represent.Us, a non-partisan movement claiming 450,000 supporters that wants to pass campaign finance and anti-corruption laws to limit the influence of money on Washington. With 26 days left in its Indiegogo campaign to raise money for Fulbright’s shenanigans, the group has already busted through its fundraising goal of $20,000.

The effort is reminiscent of the Mayday PAC, Lawrence Lessig’s new crowd-funded cannibal Super PAC to destroy all Super PACs.

Whatever your position on campaign finance, Fulbright’s commercial is at the very least a funny/tragically spot-on commentary on the state of political discourse in the U.S. 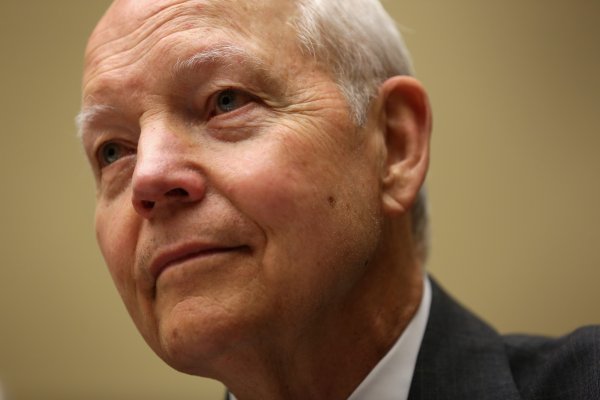