Muslim men read the Quran as they wait for the breaking of the fast during Ramadan on July 13, 2014 in Surabaya, Indonesia.
Robertus Pudyanto—Getty Images
By Sohaib N. Sultan

I have found that there is nothing like fasting to break the ego’s grand delusion of self-independence. As the hours of breaking fast get closer and the weakness from lack of food and water sets in each day, it is a reminder of how vulnerable we truly are and how delicate our existence really is.

Our dependency on food and water really makes us realize how interdependent and interconnected to each other and to the rest of God’s creation we are for mere survival. Yet all too often, a sense of invulnerability and self-sufficiency causes arrogance to abound from within such that the arrogant one thinks they can do whatever they want without any consequences.

The Prophet Muhammad, reflecting on the many passages in the Qur’an condemning arrogance and the unrepentant arrogant, said, “the one who possesses even a grain’s weight of arrogance in his heart will not enter paradise.” This is so because arrogance is incompatible with Islam’s salvific testimony of faith: there is no god except God. The arrogant, unchecked, ultimately come to see their own selves as a god or at least partners with God.

Arrogance was, arguably, the first great sin – when Satan refused God’s command to bow down to the human prototype, Adam, because Satan insisted that he was superior to God’s new creation. It is the same sense of superiority that leads to racism, chauvinism, and so on.

The outwardly arrogant person can easily be seen a mile away. But, arrogance appears in much more subtle ways. Muslim sages who mastered the spiritual sciences identified eight sources of arrogance that we should protect our hearts from: feelings of superiority; treating others with contempt; pride of lineage; pride of beauty; pride of wealth; pride of physical strength; pride of abundance; and, lastly, pride of knowledge.

Sometimes arrogance even appears wearing the mask of righteousness. In the words of Shaykh Ibn Ata’illah al-Iskandari, “Sins that yield humility and a broken heart are superior to righteousness that stokes honor and pride.” Self-righteousness is one of the terrible ailments of our time – it is a disease that leads people to judge others harshly, to denounce people they disagree with, and to even justify oppression and killing.

Humility is not accepting a state of humiliation; rather, humility is about entering into a state of illumination – a state where a person realizes how dependent they really are on God and divine blessings in creation; where a person truly understands how little they really know and how much more there is to learn; and, where a person is able to see the good in others such that they never feel superior to anyone else.

As always, the path to humility begins by examining one’s own heart and then striving to purify it from the most subtle and most manifest traces of arrogance. Here are three steps that Muslim sages have recommended to overcome arrogance and to increase in humility: 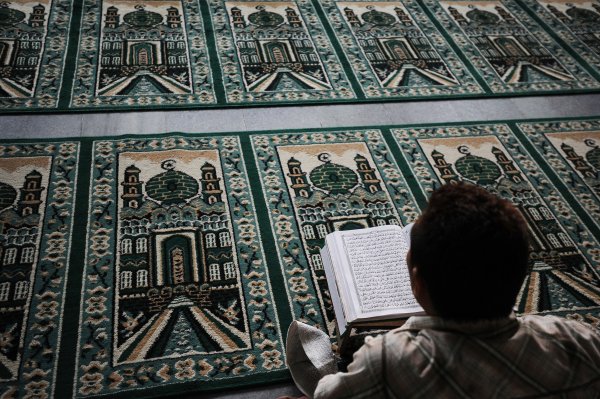 Ramadan, Day 18: What Is Faith?
Next Up: Editor's Pick