Don't Be Fooled, Germany's Outrage at U.S. Spying Is Just for Show

Activists wearing a mask of fugitive U.S. intelligence leaker Edward Snowden (R) and of German Chancellor Angela Merkel take part in a demonstration in favor of an appearance by Snowden as a witness in German NSA hearings held in the German Bundestag, or lower house of parliament, outside the Reichstag building in Berlin on May 8, 2014.
ADAM BERRY—AFP/Getty Images
By John Rizzo

After serving more than three decades as a lawyer at the CIA, I retired from the Agency nearly five years ago. Since then, I’ve been like everyone else in the outside world—all I know about what the CIA is reportedly up to comes from the media. For someone who had been privy to the most sensitive national security secrets for so long, I’ve found my new existence at once liberating and frustrating. I no longer have to help manage the messy controversies in which the CIA seems to be constantly embroiled, but I also wonder whether all the spy “flaps” I read about now in the newspapers really tell the true, or at least the complete, story.

So it is with the latest crisis du jour, the German government’s announcement that it was expelling the alleged local CIA station chief in the wake of the Agency’s “recruitment” of maybe one or two Germans working inside the government in Berlin. Germany’s official reaction has been outrage and hurt – how could the U.S. do such a sneaky, underhanded thing like spying on one of its closest allies? Critics in both countries publicly fret that a crucial bilateral relationship may have suffered lasting harm. But amid all the ensuing sturm und drang, when I read the press accounts, my experience tells me that there’s more going on here than the headlines indicate.

First, make no mistake: a key U.S. ally booting an alleged CIA station chief out of a country with such orchestrated public fanfare is a big deal indeed. I can’t recall anything quite like it happening during my 34 years at Langley. I do remember a number of occasions when a friendly foreign government, for any number of reasons, including a botched or “blown” covert operation inside its borders, would make no bones about how much it disliked or distrusted a senior in-country CIA representative.

In the current case, the Germans could have expressed their ire through private back channels to Washington and our guy would likely be gone. But it would be handled discreetly, the way spy organizations on the same side deal with each other on something like this. That political leaders in Berlin chose to trumpet the expulsion from the rafters tells me that the target audience here was not the American government but rather a German citizenry still fuming over revelations dating from last year, courtesy of Edward Snowden, of extensive NSA surveillance activities there. But setting up the alleged local CIA chief as a bogeyman and publicity ploy heretofore has been a tactic employed by the U.S.’s adversaries, not its allies.

At the same time, there is an unmistakable “Captain Renault” quality to Berlin’s protestations of being “shocked, shocked” at what CIA was up to. The BND – the German equivalent of the CIA — is among the most sophisticated and coldly pragmatic intelligence organizations in the free world. Surely it has long assumed that other countries, including the U.S., were seeking to obtain secret inside information on Germany’s plans, intentions, motivations, etc. That’s what spy outfits have always done and are expected to do to each other, whether it be friend or foe. So take the German politicians’ laments for what they are: largely political theatrics. I bet the BND does; in fact, I suspect its career leadership is already quietly passing the word to its CIA counterparts that, “Hey, don’t pay any attention to the hoopla. We’re all professionals. Let’s forget about this and keep working together.”

I have seen this phenomenon before when I was on the inside at the CIA for all those years. Like in the 1980s, when CIA was covertly arming the Contras in Nicaragua, to the publicly expressed consternation – but private encouragement and sometimes secret support – of U.S. allies around the world. Or in the early post-9/11 years, when leading politicians in many of the same countries took to the public airwaves to assail CIA terrorist interrogation techniques like waterboarding as illegal and barbaric, while at the same the spy organizations under their jurisdiction were quietly imploring the Agency to ignore the noise and keep the river of intelligence derived from those techniques flowing in their direction.

Sure, this all sounds cynical, but spies often have to have to maintain a healthy level of cynicism to do their jobs. So no one should blame our friends in Berlin for behaving the way they have. After all, it was my former employer that apparently violated one of the most cynical but enduring tenets in the espionage business: don’t get caught.

John Rizzo had a decorated career at the CIA, culminating with seven years as the Agency’s chief legal officer. Company Man: Thirty Years of Controversy and Crisis in the CIA is his first book. 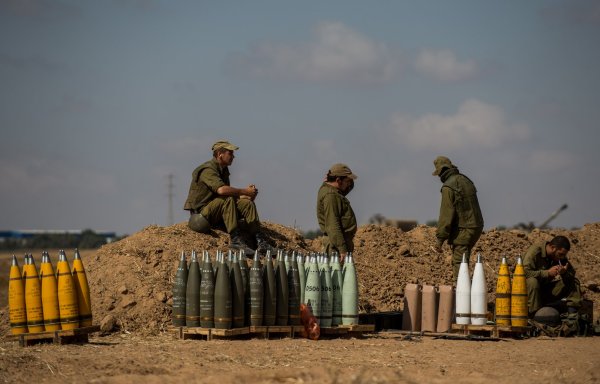 Op-Ed: The Bizarre Moral Criticism Against Israel
Next Up: Editor's Pick