For the first time in 57 years the Centers for Disease Control’s National Health Information Survey has surveyed adults on their sexual orientation, and the results published Tuesday show that 1.6% of adults aged 18 or over identified as gay, while another 0.7% identified as bisexual.

The figures were slightly lower than the findings from previous surveys, which had estimated that the LGBT population comprised 3.4 to 4% of the population.

An additional 1.1% of respondents identified as ‘‘something else,’’ stated ‘‘I don’t know the answer,’’ or refused to provide an answer.

The CDC said its statistics would help researchers to identify and address health disparities between gay and straight adults. The report identified elevated levels of smoking and drinking among respondents who identified as gay, as well as a higher likelihood of meeting federal fitness guidelines.

Correction: The original version of this story incorrectly attributed the data to the wrong source. The survey was undertaken by the Centers for Disease Control’s National Health Information Survey. 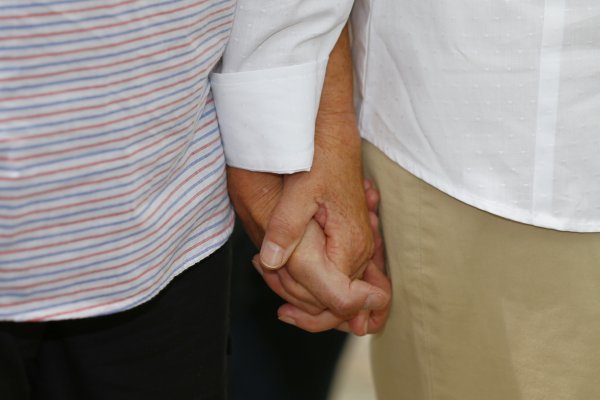 Same-Sex Couples Can Keep Marrying in Colorado
Next Up: Editor's Pick