Pope Francis: Child Migrants to U.S. Must Be 'Welcomed and Protected'

Pope Francis waves as he leads his Sunday Angelus prayer in Saint Peter's square at the Vatican on July 13, 2014.
Tony Gentile—Reuters
By Mirren Gidda

The Pope has called for tens of thousands of unaccompanied child migrants to be “welcomed and protected” as they attempt to enter the U.S. from Central America and Mexico.

In a letter read Monday at a Vatican conference in Mexico City on human migration and development, Pope Francis said migration “has now become a hallmark of our society and a challenge.”

The Vatican Radio translation continues with the Pope noting: “Many people forced to emigrate suffer, and often die, tragically; many of their rights are violated, they are obliged to separate from their families and, unfortunately, continue to be the subject of racist and xenophobic attitudes.”

The pontiff calls on nations to become more welcoming towards migrants, singling out the increasing numbers of children who migrate alone as deserving special care and attention.

“They are increasing day by day,” the Pope said, in a reference to the rising number of unaccompanied child migrants attempting to cross the U.S. border. “The humanitarian emergency requires, as a first urgent measure, these children be welcomed and protected.”

Pope Francis ended the letter by suggesting that the international community should inform migrants about the dangers of their journey and instead promote development in their home countries.

In an accompanying press statement, the Vatican noted since October, the U.S. has detained around 57,000 unaccompanied children, double the number from the same period last year. 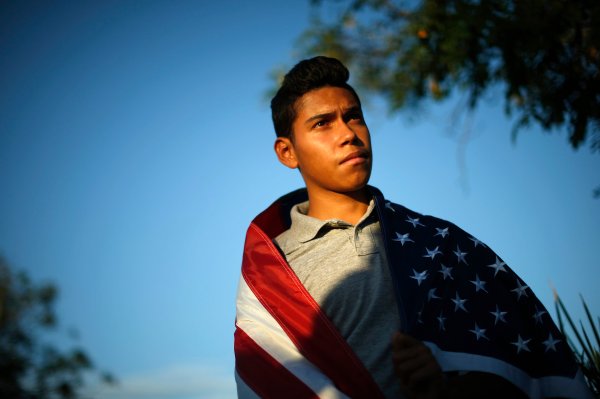 Most Kids Who Cross Border Get to Stay
Next Up: Editor's Pick