Why the Israel-Gaza Cease-Fire Failed

The morning started with a slight patina of optimism. Israeli Prime Minister Benjamin Netanyahu convened his cabinet at 7 a.m., two hours before an Egyptian-proposed cease-fire with Hamas and other Palestinian militant groups in Gaza was due to take effect.

They voted in favor of the cease-fire, with Netanyahu’s two most prominent hard-line coalition partners — Foreign Minister Avigdor Lieberman and Economy Minister Naftali Bennett — voting against.

By 9 a.m., the Israel Air Force (IAF) strikes on the Gaza Strip ceased, exactly one week since the operation it dubbed Protective Edge began. But in the tense hours that followed, Hamas made it clear through various venues that it has no intention of holding its fire just yet, and sent more than 30 rockets careening into southern and central Israel. The Iron Dome shot several of them down, but an Israeli soldier was lightly injured by shrapnel from a rocket explosion in the town of Sderot, and two additional rockets exploded in the Ashkelon area, causing fires. Hamas also said it fired a Syrian-made rocket at Haifa, Haaretz reported.

Netanyahu warned that Israel’s appetite for restraint wouldn’t last long. “We accepted the Egyptian cease-fire proposal to give an opportunity to demilitarize the Gaza Strip from rockets. If Hamas continues to fire at Israel, Israel will have the international legitimacy to take action,” he said at midday.

Soon after, the IAF carried out a single air strike on the northern Gaza Strip, with no causalities reported.

It might be hard to fathom why Hamas leaders would blow an opportunity for a cease-fire, given the 192 Gazans killed and over 1,400 wounded in the past week, according to the Palestinian Health Ministry. The reason: the proposal fashioned by Egypt was not discussed with Hamas leaders, who feel it suits Israel far more than them.

Hamas and Islamic Jihad leaders say they were not consulted, and the proposal does not hit on some of the basic elements they outlined as a condition of a truce. Specifically, they are asking for an end to the “siege” of Gaza, an amorphous term that refers to the economic and physical isolation Israel has sought to impose on the territory, in an effort to squeeze Hamas and potentially turn frustrated Gazans against it.

Israel is also holding in administrative detention about 50 Hamas-affiliated Palestinians who were released in the Gilad Shalit deal of 2011, and who were rearrested in mid-June following the kidnapping and subsequent murder of three Israeli teenagers — the event that sparked the current spiral in bloodshed.

“Nobody consulted them from the Egyptian side, so that’s why they were so unhappy with this,” explains Mkhaimar Abusada, a political scientist at al-Azhar University in Gaza. In contrast, he notes, in the November 2012 operation dubbed Pillar of Defense, officials working with Egypt’s Islamist then President Mohamed Morsi worked closely with Hamas to come up with a proposal for a cease-fire.

But that was then. The government of President Abdul Fattah al-Sisi is far less sympathetic to Hamas than his Muslim Brotherhood predecessor, and this time, his office dealt directly with Palestinian President Mahmoud Abbas instead. In short, Hamas was insulted.

Most importantly, Abusada explains, Hamas feels it deserves a better deal in exchange for the qualitative ante it has just upped, in shooting longer-range rockets and flying a drone into Israel, from which it claims to have photographed Israel’s defense complex in Tel Aviv.

“Hamas feels that that if it agrees to this, it hasn’t achieved anything more that it achieved in 2012. They feel they’ve done much better in this round of fighting … and so we should get a much better deal in order to end the fighting,” says Abusada, who studies the Islamic movement.

At the same time, he notes, the price that Hamas will pay for continuing to refuse a cease-fire is high: it will annoy the Egyptians, lose points with war-weary Gazans, and could eat away at the international sympathy that has built up for Gaza amid the horrifying footage of a death and destruction.

“Hamas has not made its final decision, and is engaging in its own internal dialogue now,” Abusada adds. “My hunch is that Hamas is going to accept the cease-fire, eventually, because to say no to the Egyptians will cost them too much.”

But it may be too late — today, anyway. At about 2:30 p.m., Netanyahu authorized a resumption of air strikes on the Gaza Strip, and made the decision public soon afterward.

“Since the cease-fire started at 9, we’ve have dozens of rockets on Israel, and it’s clear the other side rejected the Egyptian proposal,” an Israeli official tells TIME. “We had five hours of giving it a chance. It’s clearly unsustainable that Israel would hold its fire any longer and let its cities be bombarded by rockets.” 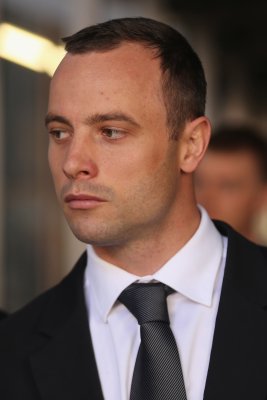 Oscar Pistorius Involved in Bar Altercation
Next Up: Editor's Pick