California May Vote on 'Six States' Plan in 2016

An initiative to break California into six separate states has proven to be more than just fodder for late night talk show jokes, after receiving enough signatures to be placed on the November 2016 ballot, the campaign announced Monday.

Venture capitalist Tim Draper is the initiative’s only backer thus far, having contributed $4.9 million of his own money to propel the plan forward. But that funding has apparently gained results. Campaign spokesperson Roger Salazar said Monday that they had accumulated more than the 808,000 signatures necessary to gain placement on the ballot, Reuters reports, and it will be filed Tuesday.

“It’s important because it will help us create a more responsive, more innovative and more local government, and that ultimately will end up being better for all of Californians,” Salazar told Reuters. “The idea … is to create six states with responsive local governments – states that are more representative and accountable to their constituents.

If the plan is carried out, the nonpartisan Legislative Analyst’s Office reports that Draper’s plan would create America’s richest state (Silicon Valley, made up of Monterey, Santa Crus, and most of the Bay Area), and America’s poorest state (Central California, which includes Fresno, Stockton, and Bakersfield).

The other four states would include Jefferson (Humboldt and Medocino counties), North California (Sonoma, Napa, and the Sierra Nevada Area), West California (Santa Barbara and Los Angeles), and South California (San Diego and the Inland Empire.)

“This is a colossal and divisive waste of time, energy and money that will hurt the California brand… [and its] ability to attract business and jobs,” Maviglio told the San Francisco Chronicle. “It’s unfortunate that Mr. Draper is putting his millions into this effort to split up our state rather than help us face our challenges.”

Further information, including the number of signatures received, will be announced in a news conference Tuesday. 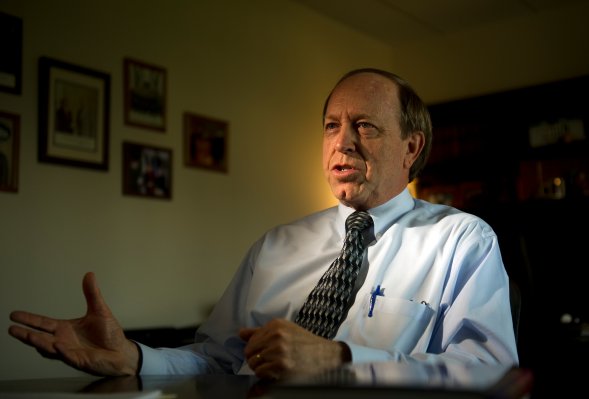