China's Campaign Against Corruption Is Huge. Will It Do Any Good?

Suppose a corruption investigation in the U.S. netted the mayors of Los Angeles, Phoenix, Atlanta, Chicago, Denver, half a dozen vice governors or mayors, the nation’s deputy top cop, a firebrand TV pundit, state-broadcaster executives, a general who was once one of the nation’s highest-ranking men in green, plus a bunch of oilmen and megarich tycoons. That’s essentially what’s happening in China today. And we have no idea when the storm of investigations will stop.

Around 35 provincial- or ministerial-level officials have been implicated in an antigraft campaign since November 2012, when Xi Jinping took over as leader of China, according to the Global Times, a Communist Party–affiliated newspaper. Chinese economist and commentator He Qinglian, who now lives in the U.S., writes that in just two years, President Xi has netted more “tigers” — as he has labeled top-level officials — than his predecessor Hu Jintao did during his entire decade in power.

Here’s a sampling of those fingered in corruption investigations over the past few days, some of whom now face prosecution: the former head of the state-asset regulator, the ex-deputy general manager of a state oil firm, the former Vice Minister of Public Security, the top Communist Party official in the southwestern city of Kunming, a top political adviser from Anhui province and three senior cadres from the top central prosecutor’s office. Oh, also China’s version of Sean Hannity. In the first five months of this year, more than 60,000 Chinese government officials — some “tigers” but mostly lower-ranking “flies” — were disciplined, according to state media.

Many of the highest-ranking officials who have been felled by Xi’s antigraft warriors have one thing in common: they were linked to retired security czar Zhou Yongkang, whose own fate is the subject of intense rumor. (Most of his close family is believed to be under detention.) As he ascended to the highest rung of the Chinese Communist Party, the then nine-member Politburo Standing Committee, Zhou built a trio of power bases: the state-owned oil industry, the southwestern province of Sichuan and the Ministry of Public Security. A high concentration of the recently disgraced hail from precisely these three sections of society.

Corruption, Xi has thundered in public speeches, poses an existential threat for the Communist Party. But for the anticorruption campaign to really convince the populace, its shackles will have to extend beyond Zhou’s many tentacles of power. After all, Zhou, along with jailed former Chongqing party chief Bo Xilai, represented a powerful faction within the Communist Party — one that appears to have stood in political opposition to China’s new leader.

The machinations of Zhou and his underlings may prove to be particularly crooked. But economist He writes that “corruption has become a part of the national character of the Chinese.” In other words, Zhou and his men aren’t the only suspicious folks in town. Will any of Xi’s acolytes also fall victim to the anticorruption crusade?

Meanwhile, Xi’s other notable campaign since coming to power has been the detention or intimidation of hundreds of dissidents, lawyers, writers and activists. Some of those now behind bars campaigned against the shady practices that have allowed graft to thrive in China. Government officials, for instance, are still not obliged to disclose their assets, making it much easier to obscure any ill-gotten wealth.

Still, on July 14 and 15, Chinese news media reported that the nation’s anticorruption agents are combing through the personal data of bureaucrats from several provinces and megacities, to see who might have family — and, by extension, bank accounts — overseas. These so-called naked officials, whose assets and relatives have been stripped away to a foreign country, are considered greater flight risks if the antigraft watchdog comes sniffing. Already, Xi has gone after more corrupt top cadres than his predecessor ever did. Perhaps the dismantling of Zhou’s former power bases is just the beginning of an even greater purge. 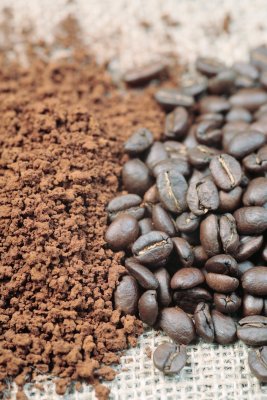 These Maps Show Why Half the World Prefers Kind of Gross Coffee
Next Up: Editor's Pick