In this image made from video by the Associated Press, smoke rises from the direction of Tripoli International Airport, in the capital of Libya, on July 13, 2014
AP
By TIME Staff

One person died and six were injured after a rocket assault hit Libya’s main international airport on Monday evening.

Tripoli International Airport had been closed a day before the attack because of fighting between an alliance of militia groups and rebels hailing from the western Zintan region, who have been in control of the airport for the past two years.

The terminal was attacked by “a large number of rockets, including Grad rockets,” a security source told the BBC.

Twelve planes were damaged in the barrage of fire and the control tower had taken a hit, with escalating clashes also forcing nearby Misratah Airport to close.

In response to the worsening security situation, the U.N. announced the withdrawal of its entire staff from the country. “The mission concluded that it would not be possible to continue its work … while at the same time ensuring the security and safety of its staff,” read a statement.

Tripoli is the main national transport hub, and as the only other international airport, Benghazi, has been closed for two months, there are no longer any flights to and from the E.U.

Libya has remained unstable since the fall of dictator Colonel Muammar Gaddafi in 2011. 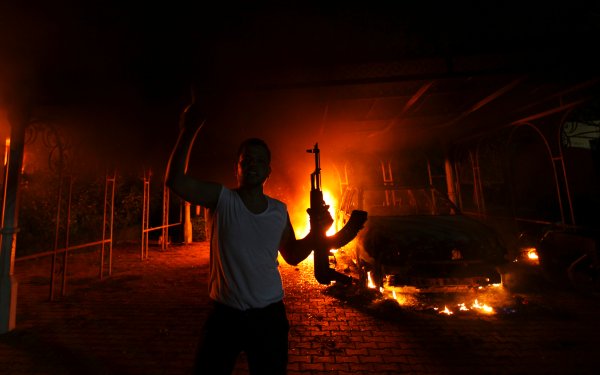