A woman in Tennessee last week became the first person to be charged under a controversial state law that can count illegal drug use during pregnancy as assault.

26-year-old Mallory Loyola was arrested July 8 and charged with misdemeanor assault after she and her newborn baby tested positive for meth, ABC News reports. Monroe County Sheriff Bill Bivens told a local news station in Knoxville, Tenn., that Loyola admitted to smoking meth days before the birth of her child.

Earlier this month, a law went into effect that allows mothers to be “prosecuted for assault for the illegal use of a narcotic drug while pregnant” if the child is harmed by, or becomes addicted to, the drug.

Critics of the law say it discourages women battling addiction from seeking treatment or pre-natal care. The American Civil Liberties Union of Tennessee in particular has called the law “dangerous” and it said it raises “serious constitutional concerns regarding equal treatment under the law.” The law does allow anyone charged, as a defense, to enter a treatment program while pregnant and complete it following the birth.

“Anytime someone is addicted and they can’t get off for their own child, their own flesh and blood, it’s sad,” Bivens said. “Hopefully [Loyola’s arrest] will send a signal to other women who are pregnant and have a drug problem to seek help. That’s what we want them to do.” 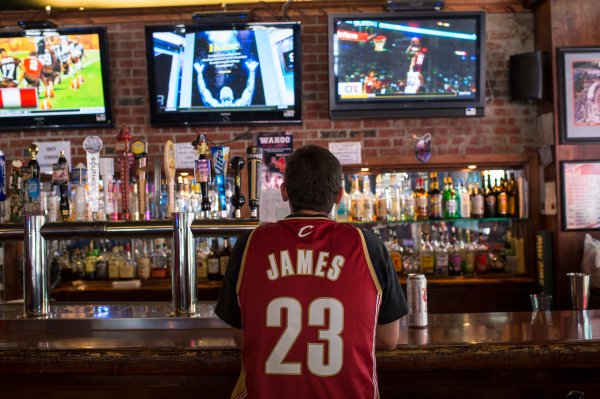 LeBron Could Boost Cleveland Economy by Millions
Next Up: Editor's Pick