Israeli Security Cabinet to Vote on Cease-Fire Proposed by Egypt

Israeli Prime Minister Benjamin Netanyahu will convene a meeting with his security cabinet on Tuesday to vote on a cease-fire proposal from Egypt that he favors, a senior Israeli official told Haaretz.

The Egyptian Foreign Ministry proposed a three-step plan to de-escalate violence between Israel and Hamas forces in the Gaza Strip, starting with a 12-hour cease-fire that would begin Tuesday morning and then continuing with the opening of border passages as well as formal talks in Cairo, the Associated Press reports.

Ismail Haniyeh, deputy political chief of Hamas, said Hamas has been contacted about a potential cease-fire but had not yet been provided with specific details, Haaretz reports. The newspaper is also reporting that at least one member of Netanyahu’s cabinet, Economy Minister Naftali Bennett, will vote against the cease-fire.

Last week Netanyahu said a cease-fire was “not even on the agenda” while a Hamas spokesman said that the group would only stop its rocket attacks once Israel stopped its air strikes. On Saturday, the U.N. Security Council called for a return to the terms of an Egyptian-negotiated cease-fire from November of 2012 that put a stop to similar violence in the region.

The Obama Administration said last week that it was willing to negotiate a cease-fire between Israel and Gaza.

“The President expressed concern about the risk of further escalation and emphasized the need for all sides to do everything they can to protect the lives of civilians and restore calm,” the White House said in a statement, NPR reports. “The United States remains prepared to facilitate a cessation of hostilities, including a return to the November 2012 ceasefire agreement.”

Conflict between Israeli and Palestinian forces erupted following the abduction and murder of three Israeli teenagers and one Palestinian teen in June and July. More than 175 people have been killed, the AP reports. 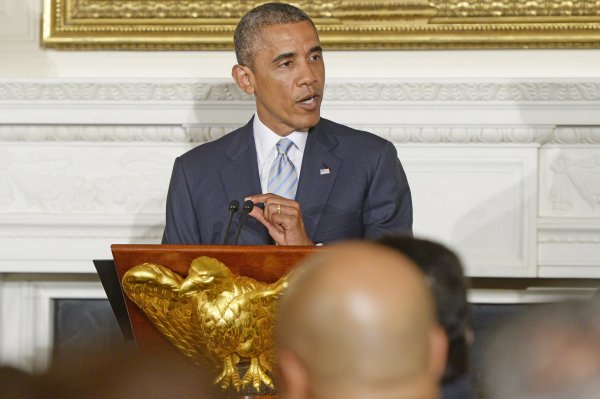