Study: Little Progress for African-American Men on Racial Equality Since 1970

In recent years, the U.S. has celebrated the 50th anniversaries of the March on Washington, the Civil Rights Act and a number of other landmark accomplishments considered pivotal in making the U.S. a better place for African Americans.

But despite a deep reverence for those accomplishments, a new study suggests that African-American men today face such high levels of unemployment and incarceration that they are in little better position when compared with white men than a half-century ago.

The working paper, by University of Chicago researchers Derek Neal and Armin Rick, is based on preliminary findings and has not yet been peer-reviewed.

“The growth of incarceration rates among black men in recent decades combined with the sharp drop in black employment rates during the Great Recession have left most black men in a position relative to white men that is really no better than the position they occupied only a few years after the Civil Rights Act,” the study reads.

The study uses census data to show that more than 10% of black men in their 30s will be incarcerated at some point during a calendar year. This number was around 2% for white males of the same age group.

The study attributes the corrosive impact of incarceration on the African-American community, at least in part, to the institution of more punitive criminal-justice policies.

“The Great Recession period of 2008–2010 was quite bleak for black men,” the study reads. “Recent levels of labor market inequality between black and white prime-age men are likely not materially different than those observed in 1970.” 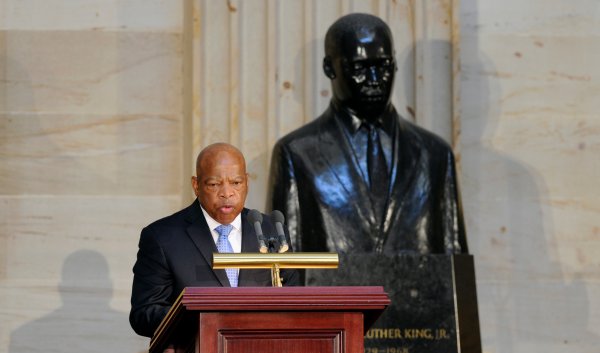