No one believes that a disease as complicated as Alzheimer’s can be warded off by an apple a day or by faithfully hitting the weight room. But a breakthrough study presented Sunday at the Alzheimer’s Association International Conference shows that after just two years, people who underwent lifestyle interventions showed improvements in their mental functions, including in memory, executive function and speed tests of their cognitive skills.

Dr. Miia Kivipelto from the Karolinska Institute in Sweden knew that several studies have linked some lifestyle behaviors, such as exercise and a healthy diet, as well as being more socially active, to less cognitive decline and stronger scores on memory and organizational tests. But it wasn’t clear whether people who ate better, exercised more and had more friends also shared something else in common that could explain their ability to slow down dementia symptoms.

So Kivipelto conducted one of the first studies to randomly assign 1,260 older individuals at high risk of developing Alzheimer’s to a lifestyle intervention or to normal health care, to see if the behaviors linked to better brain health actually helped to stave off intellectual decline. “We were surprised that were able to see a clear difference already after two years,” says Kivipelto. She was especially pleased to see the effect since the control group also received adequate and appropriate health care. “We thought that two years may not be enough, but the multi-domain approach seems to be an effective way of doing something to protect memory.”

All of the participants, part of the Finnish Geriatric Intervention Study to Prevent Cognitive Impairment and Disability (FINGER) study, had some risk factor for developing dementia, including their age, education, and poor heart-health profile. Half were randomly assigned to get an intensive lifestyle makeover, with both group and individual nutrition advice, an exercise trainer, and a nurse or physician who made sure they took their medications. In addition, these volunteers benefited from a social support system. The other half received appropriate health care, but not at the intensive level the intervention group did, and without the social support of their fellow participants.

After just two years, the group that group that got the lifestyle makeover were in much better shape.

She and her team plan to continue following up with the participants in another seven years, to see if the effect remains. But she is aware that sticking with a lifestyle plan like the one in the study is a challenge, and says that any such program needs to incorporate ways of keeping patients motivated to comply. That’s why social support may be an important part of any such plan; in this study, for example, if participants missed exercise sessions, others called to find out why they were absent, cementing a pact to adhere to the new behaviors.

Kivipelto also recognizes that genetic factors can play a role in cognitive decline and risk of memory loss, but she says there may be a role for lifestyle interventions in helping people who may be at high risk of developing dementia or Alzheimer’s disease—before their symptoms start.

“These findings show that prevention is possible, and that it may be good to start early,” she says. “With so many negative trials for Alzheimer’s drugs reported lately, it’s good that we may have something that everyone can do now to lower their risk.” 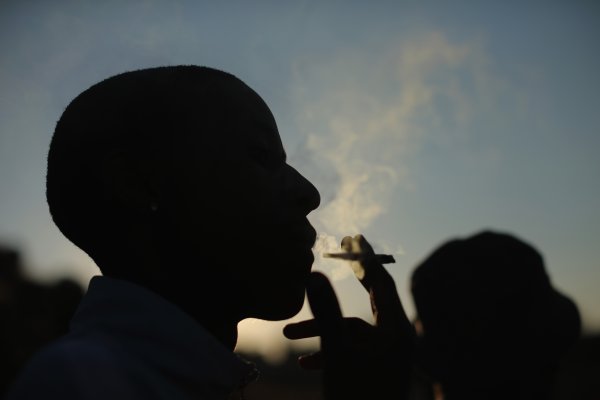 Pot's 'High' Is Really a Low
Next Up: Editor's Pick