A Muslim man reads the Quran as he waits for the breaking of the fast during Ramadan on July 13, 2014 in Surabaya, Indonesia.
Robertus Pudyanto—Getty Images
By Sohaib N. Sultan

Faith is not only a set of beliefs, but is an experience that transcends intellectual knowledge. The Qur’an speaks of faith as something that God makes “beloved” and “beautiful” in the hearts of people (49:7). Faith is also described as a “light” that “helps you walk” (57:28).

Muslim sages over the centuries have said that faith is a gift from the heavens denied to none who seek it sincerely and patiently, for God is too generous to turn away the spiritual beggar. For this gift of faith to become real, people have to strive to make room for it in their hearts through spiritual labor and purification.

Love is at the heart of this experiential faith. The Qur’an says that believers are overflowing and most passionate in their love for God (2:165). And in a famous tradition the Prophet Muhammad said, “None of you will have faith until I am more beloved to you than your own soul.” Love by its very nature is emotion that transcends explanation.

In the Islamic tradition, faith is also described as a creed – a set of beliefs to believe in. Prophet Muhammad’s teacher, the archangel Gabriel, once came to the Prophet disguised as a spiritual seeker and asked, “What is faith [imaan]?” The Prophet replied, “Faith is to believe in the One God, the angels, the divinely revealed scriptures, the messengers, the last period, and the divine decree both good and bad.” The Qur’an too offers a very similar creed to believe in (2:177, for example).

Each of these beliefs is mentioned throughout the Qur’an in some detail and sometimes with strong rationale proofs.

The Oneness of God is perhaps the major theme of the Qur’an. There isn’t a chapter of the Qur’an that doesn’t mention, in some way, the unity of God. And, there are strong theological refutations against atheism, polytheism and the Christian doctrine of Trinity. The proof for the Oneness of God is in the harmony that exists in the heavens and on earth – all pointing to a single creator and sustainer.

Belief in angels is mentioned as an aspect of belief in the unseen. Angels are made out of light; they are completely obedient to divine commands and constantly praising God; and they are given various functions such as breathing the life-giving soul into the human fetus and so on.

One of the tasks of the archangel Gabriel, in particular, is to deliver divine guidance to prophets and messengers who are chosen by God to deliver a message to their people and to live an exemplary life. Messengers are those who receive revelation in the form of a scripture. Prophets are those who remind and reinforce what the Messengers before them brought. Every messenger is also a prophet; but not every prophet is a messenger. Some of the prophets mentioned are Ishmael, Isaac, Joseph, Job, and John the Baptist. Some of the messengers mentioned in the Qur’an are Noah, Abraham, Moses, Jesus and Muhammad. To believe in what the messengers were given as divine revelation, in their pure and unadulterated versions, is a core aspect of Muslim faith – including the Scrolls of Abraham, the Psalms of David, the Torah given to Moses, the Gospel of Jesus and the Qur’an given to Muhammad. The Qur’an insists on the unity of the prophets and scriptures as constituting one brotherhood and one essential teaching. There are about 25 clearly mentioned prophets in the Qur’an, but the Qur’an says, “some of them we have told you about and others we have not” (40:78). The Prophet Muhammad, naturally, is singled out as the final confirmation and culmination of all previous prophets and their teachings.

“The last period” means to believe in the end of times on Earth – all good things must come to an end, as they say – and to believe in the resurrection of every human being that ever lived, and in the accountability of every human being before God, and in a hereafter of paradise for the righteous and perdition for the iniquitous. The Qur’an offers vivid images of these things to come, some of which are interpreted metaphorically. For those who doubt resurrection, as the pre-Islamic Arabs did, the Qur’an offers the similitude of how God brings dead and barren land back to life with rain.

And, finally, belief in the decree of God is essentially about believing that nothing happens in the universe – good or bad – without the permission and knowledge of God. It is a belief that presupposes an all powerful and all knowing God, and a God that is the creator and master of time and space, and, therefore, necessarily exists outside of that. God allows blessings and goodness to abound out of divine grace, and God allows harm and evil to exist out of a wisdom that is not easily known or understood from our limited lenses. Even though nothing can happen without the permission of God, human beings are held responsible for acquiring their good and wrong deeds and for the consequences thereof. Free will, therefore, is part of God’s decree.

With all of these beliefs the interpretations and nuances between the different schools of thought are many, but this is essentially a summary of the creed of Islam. 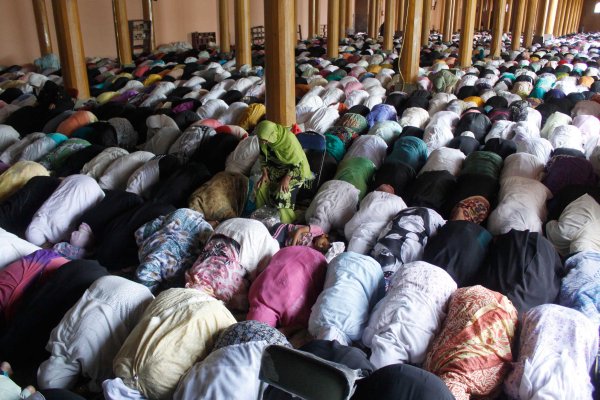