Global Warming Is Coming, but Climate Hysteria Doesn't Help Anyone

Help us! We’re drowning! It’s a catastrophe! DO SOMETHING!

Well, we’re not actually drowning. We do get damp every now and then, but it’s hard to see how some modest sunny-day flooding in my neighborhood at high tide justifies the Guardian headline that’s been generating so much buzz: “Miami, the great world city, is drowning while the powers that be look away.” I’ve described South Beach as the canary in America’s coal mine for climate change, and the canary has started coughing a bit, but it isn’t dead or even very sick. I’m sorry to spoil the climate porn, but while the periodic puddles in my Whole Foods parking lot are harbingers of a potentially catastrophic future, they are not currently catastrophic. They are annoying. And so is this kind of yellow climate journalism.

The Guardian article — by Robin McKie, the science editor (!) — begins a block from my home, on Alton Road, which is “hemmed in by bollards, road-closed signs, diggers, trucks, workmen, stacks of giant concrete cylinders and mounds of grey, foul-smelling earth.” That’s a pretty ominous description of a basic construction project. The state is rebuilding the street, in part (not entirely) because Biscayne Bay is backing up through storm drains at high tide, in part (not entirely) because global warming has helped increase the sea level around South Florida by about 10 in. over a century. McKie describes this gentle backwater flooding with absurdly apocalyptic prose: “Tidal surges are turned into walls of seawater that batter Miami Beach’s west coast and sweep into the resort’s storm drains.” He also claims that the water then “surges across the rest of the island,” which simply isn’t true.

Well, it does get hard to park at Whole Foods. Puddles form in front of Walgreens. A few cars have been damaged — or, as McKie described it, “ruined” by “surging seawaters that corrode and rot their innards.” McKie was apparently too lazy to talk to any actual victims of our ongoing calamity, but he did rip off a quote from a laundromat owner who told the New York Times that Alton Road flooding once blocked the entrance to his front door. What’s happening in the Middle East right now is calamitous. A blocked entrance is inconvenient.

Hey, it’s been inconvenient for all of us. I’m bummed that my favorite Alton Road burger joint just closed, although its downfall was the construction mess, not the flooding. But let’s get real. The Pacific island of Kiribati is drowning; Miami Beach is not yet drowning, and the Guardian’s persistent adjective inflation (“calamitous,” “astonishing,” “devastating”) can’t change that. We should fight global warming — and the powers that be, including Senator Marco Rubio and Governor Rick Scott, should stop looking away — because it’s a potential disaster for Miami and the rest of this very nice planet. But we shouldn’t pretend it’s a disaster now.

I get why the Obama Administration wants to emphasize that global warming is a today issue, not a someday issue. I understand that stories about how climate change is already affecting our cities and our farms and our lives — even our wine — can make the issue feel more pressing to ordinary Americans. But fortunately, the effects are not yet calamitous; the reason we ought to DO SOMETHING is that they’ll get calamitous if we don’t. If we think once-a-month ankle-deep water is drowning, then why should Americans care whether we drown? 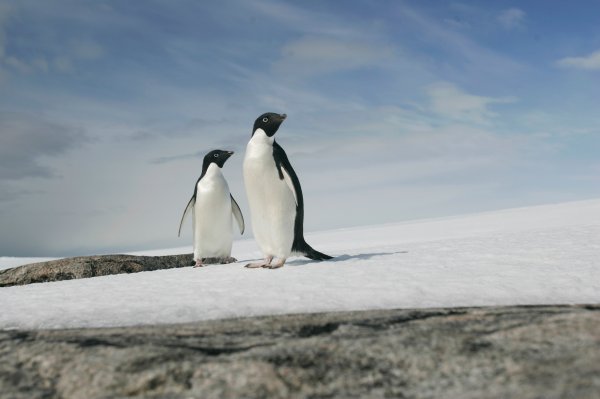