Everything We Know About Breaking Bad Spinoff Better Call Saul!

At long last, the slow trickle of new information about the Breaking Bad spinoff Better Call Saul! finally turned into a stream on Friday night. Creators Vince Gilligan (who also served at Breaking Bad‘s showrunner) and Peter Gould answered questions about the upcoming AMC series at the Television Critics Association’s press tour. Coupled together with previous bits of information about the show, here’s what we now know about Better Call Saul:

WHO: Bob Odenkirk will reprise his role as shady attorney Saul Goodman, though when we first meet him, he’ll be known as Jimmy McGill (Better Call Jimmy doesn’t rhyme though). Jonathan Banks will also return as “fixer” Mike Erhmantraut. New cast members will include Michael McKean as Saul’s brother, Patrick Fabian, Michael Mando and Rhea Seehorn. Here’s what Gould had to say about the possibility of Gus Fring (Giancarlo Esposito) making an appearance: “These are all characters we love and with Gus there is so much more to say about that character, and we certainly love Giancarlo… Although in the series it always seemed to me that Saul didn’t know Gus directly. He knew a guy who knew a guy.”

The prospects of Walter White (Bryan Cranston) returning seem even iffier. “If it makes sense we’ll do it, if it doesn’t make sense we won’t,” Gilligan said. Basically, Gilligan and Gould made it clear that even though Better Call Saul! will occupy the same universe as Breaking Bad, the focus will shift in a very new direction.

WHAT: This is, by all accounts, the murkiest aspect of the series. We know it will revolve around Saul’s transformation from the small-time Jimmy McGill into Albuquerque’s most infamous criminal attorney.

WHEN: The show will take place in 2002 (Gilligan: “I hesitate to say it, but it is indeed a period piece”), approximately six years prior to the beginning of Breaking Bad. The creators also confirmed that, like Breaking Bad, Better Call Saul will have a non-linear timeline and flash both forward and back.

WHERE: Like Breaking Bad, Better Call Saul! will take place in Albuquerque.

WHY: Probably because Breaking Bad has been lauded as one of, if not the greatest, dramas in television history, and Saul was a fan favorite — not to mention ideally suited to a new show that will employ even more dark humor than its predecessor. This might also be a good place to mention that Better Call Saul! (which will have 10 episodes in its first season and 13 in its second) got bumped to 2015 because, as Gilligan explained, “I am slow as mud as a TV writer.”

HOW: One aspect of the spinoff that looks like it will represent a significant deviation from Breaking Bad is its visual style. “We’re doing our damnedest to make it as different as possible. It’s important that this not look like a carbon copy of Breaking Bad,” Gilligan said. Though we may not get as many POV shots or looks at the expansive New Mexico desert, there will be a few Bad alums behind the camera for Saul‘s first few episodes, including Gilligan, Michelle MacLaren and Colin Bucksey.

AMC revealed on Aug. 10 that the show would be premiering in February 2015, and the recent deluge of information should only heighten fans excitement for a return to the Breaking Bad universe. 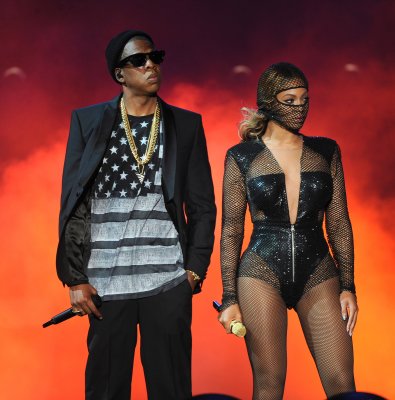 Beyoncé and Jay Z's "On The Run" Tour is a Royal Spectacle
Next Up: Editor's Pick