Baseball Tips Its Cap to Derek Jeter in Farewell Video

New York Yankees veteran Derek Jeter, who has announced that he’ll retire after the current season, earns a lot of respect in a new commercial from Jordan Brand, the Nike subsidiary that has endorsed him since 1999.

As Jeter gets ready to bat, he notices that he’s being saluted by the opposing pitcher, fans in the crowd, famous people in the crowd (including Spike Lee), New York City cops and firefighters, rappers Jay Z and Action Bronson, athletes Carmelo Anthony and Tiger Woods, begrudging players on rival teams, and, eventually, Michael Jordan himself.

This is Nike’s farewell to a player who’s been celebrated for his character both on and off the field for two decades. It will air during Tuesday’s All-Star game, which will be Jeter’s 14th, and last. 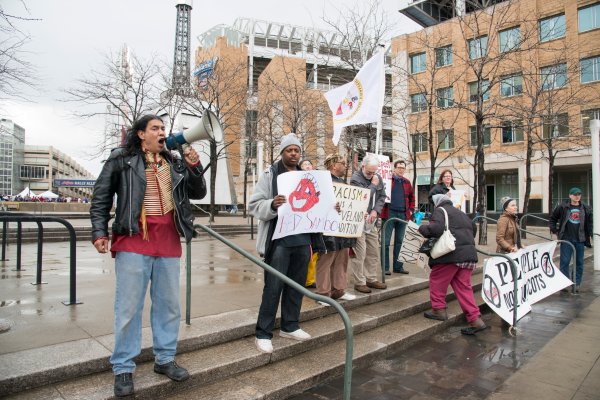 Advocacy Group Sues Cleveland Indians for $9B
Next Up: Editor's Pick