Now You Can 3D-Print Your Own Stellar Nebula

People alive in 1841 understood the Eta Carinae nebula better than we do. They were the ones who were actually around to watch when an enormous star weighing about 130 times as much as our sun erupted more than 7,500 light years from Earth. Maybe if modern astronomers had been on the scene they could have figured out what caused the blast—and specifically why the vast cloud of dispersing matter that makes up the nebula assumed its signature peanut shape.

Still, the good thing about those modern astronomers is that when they put their minds to something, it’s never too late to get some answers. An international team of researchers has just announced that they have done just that, publishing a new study in the Monthly Notices of the Royal Astronomical Society that may at last unravel the Eta Carinae mystery.

The investigators did their work with the help of the European Southern Observatory’s Very Large Telescope (VLT), conducting elaborate cross-sectional observations of Eta Carinae. These allowed them not only to develop a solid theory about how the star blew, but to create a 3D-printed model of the two-lobed space cloud that came from it.

The model is not much to look at—two irregularly shaped balls of plastic that resemble extracted molars as much as anything else. Still, NASA has made the program necessary for printing your own version of Eta Carinae publicly available. Whether you think it’s display-worthy or not, the model tells a complex story.

The star at the center of the Eta Carinae nebula is actually two stars—a binary pair in perpetual orbit around each other. That had been known for a while, but how—or if—they worked together to shape the nebula was never clear. The international team now believes that the eruption occurred when the smaller star—which measures about 30 solar masses—was at the closest point in its orbit to the larger one. It does not appear that a collision triggered the explosion. That seems to have happened on its own, with the blast beginning at one of the poles of the 130-solar-mass star and propagating across its entire body to the other pole.

But the close approach of the smaller star does seem to have had a powerful influence on shaping the eruptive cloud that resulted—and that star had a lot of material to work with. The larger star, which still exists, is now thought to weigh in at just 90 solar masses; the missing material—about 40 times the mass of our sun—is what we see when we look at the huge cosmic peanut.

Why does any of this matter? Well, it doesn’t, if you take “matter” to mean influencing the well-being of the human species responsible for the finding. But if you mean making that species smarter, explaining to it how some of the universe’s most extraordinary and violently beautiful formations came to be, then it matters indeed—and quite a lot, in fact. 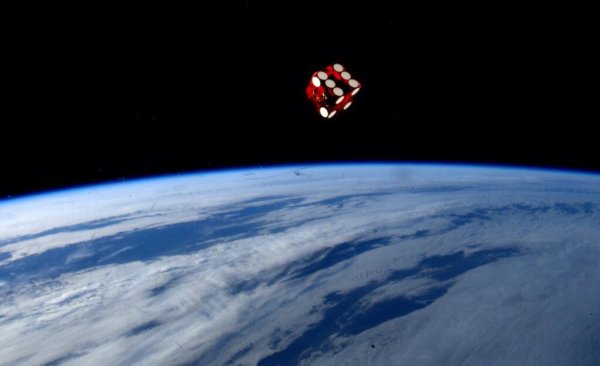 Around the World With Astronaut Reid Wiseman
Next Up: Editor's Pick