From left: Iran's Foreign Minister Mohammad Javad Zarif meets with U.S. Secretary of State John Kerry during talks between the foreign ministers of the six powers negotiating with Tehran on its nuclear program, in Vienna, on July 13, 2014.
Jim Bourg—AFP/Getty Images
By Maya Rhodan

U.S. sanctions against Iran don’t just hurt the Islamic Republic, they also have an impact on the U.S. economy—to the tune of as much as $175.3 billion since 1995, according to a new study.

Western powers have been sanctioning Iran since the mid-1990s over its sponsorship of terrorism and, lately, its pursuit of nuclear power and possibly weapons. The restrictions on trade and exports have had a “crippling” effect on the Iranian economy, according to Iranian Foreign Minister Javad Zarif.

But according to the National Iranian-American Council (NIAC) report, the impact has also been felt on those handing out the sanctions — particularly the U.S. The report found the U.S. had lost between $134.7 and 175 billion in potential export revenue since 1995, after examining decades of bilateral trade patterns between Iran and its 25 largest trading partners, plus Mexico, due to its high level of trade with the U.S.

The report also finds an average of between 51,000 and 66,000 lost job opportunities in the U.S. every year since 1995. Texas and California are likely the biggest losers in terms of lost employment, the study found. Among European nations, Germany was the biggest potential loser, with between $23.1 and $73 billion in missed economic opportunities.

The study comes as Western powers are working to reach a deal with Iran that could reduce sanctions in exchange for a scaling back of its nuclear program. Its authors said the Obama administration should consider the true cost of sanctions during talks in Vienna.

“The arguments in favor of sanctions, or against a deal that entails sanctions relief, are debatable. But any debate over whether to exchange sanctions relief for limitations to Iran’s nuclear program would be incomplete at best and misleading at worst if it does not address the cost of this policy,” the report reads.

The report’s authors said they didn’t wish to cast opinions on U.S. foreign policy, or evaluate whether the sanctions were “worth the cost or not.”

“[The study] only seeks to ensure that the cost of sanctions is recognized as America approaches the moment when it must decide whether to exchange the sanctions for nuclear concessions or continue the economic warfare,” the report reads. 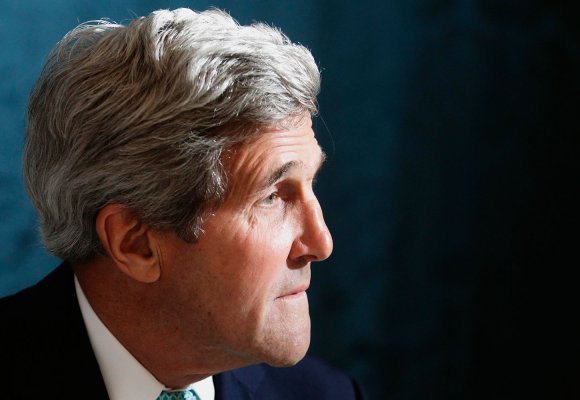