For years, I have been writing about the many screens in our lives. We have at least three primary screens we use almost on a daily basis: a TV, a PC (laptop or tablet) and a smartphone.

And lately, more screens have been showing up in our cars, appliances and wearable devices. However, even when it comes to major companies’ operating systems, too often the screens’ user interfaces and data are different on each device.

At Apple’s recent Worldwide Developers Conference in San Francisco, the company introduced a concept it calls “continuity.” What this basically means is that in the future, the new Mac operating system, called Yosemite, will look and feel much more like an iOS-based device. In fact, if the continuity theme plays out as I expect it will, Apple will eventually make all of its products — including Apple TV and Apple CarPlay and any wearable devices — have the same look and feel, making it very easy to go from one device to another seamlessly. Also, in this continuity idea, everything would be in sync. That means if you change something on one device, it would be changed and updated on any other Apple device you had tied to the company’s ecosystem of apps and services.

Over at Re/code, my good friend Walt Mossberg did a great piece called “How the PC Is Merging With the Smartphone.” In it, he talks about Apple’s continuity approach to make the PC act, look like and work like an iPhone or iPad. He also mentions how Google is doing something similar with Chromebooks and Android.

For many years, I have thought that in an ideal digital world, people would ultimately have many screens as part of their lifestyles. In that vision, I also had this idea that all of these screens would be connected, work together seamlessly and, perhaps more importantly, would always be in sync with one another. The other part of this vision is that the user interface on each of these devices would be the same. I have always felt that people would be more likely to use new devices if each device worked the same as any other device they already had.

In a sense, I think Apple’s continuity strategy pretty much maps to this vision I have written about for two decades. Now, lest you think I am a serious visionary when it comes to these types of connected ecosystems, keep in mind that this vision came out of my own need for something like this. For most of my career, I really only had to deal with one computing screen — that being the one on a personal computer.

However, my digital life became more complicated when I got my first feature phone. It, too, had apps on it, albeit very limited ones. But the operating system and user interface on my feature phone were completely different than the ones on my PC. I had to learn how to use it from scratch. Then, as early as 1990, I started to use tablets. Again, because of the form factors and designs, the operating systems and user interfaces on my first three or four tablets were all different. I had another set of learning curves to contend with before I could use them with any sense of ease. Also, all of the data on these devices was local and none of these devices talked to each other.

What I wanted was for all of my devices to work together seamlessly, talk to each other, have the same operating system and user interface, and to always be in sync. Interestingly, we have had the technology to deliver on this vision for over five years, but only now have the big companies started to really move us in this direction. If Apple’s overall continuity strategy is fully realized, it would mean that every one of my Apple devices will look and act alike, talk to each other and always be in sync. If I get a new device that is part of Apple’s portfolio, I would have no new learning curve.

For consumers, this would is a big deal. First, if you learned the user interface on one device, it would be the same on all of your devices. Second, the apps and data would all be the same or extremely similar, and available on most of the screens you would be using. The exception would be wearables. These screens bring limitations, so any interface and operating system would be highly streamlined. However, even in this case, they would work very much like the other devices and, more importantly, would be connected to these devices either directly or through the cloud. And third, all of the data on all of the devices would be in sync and, at least in theory, would work together seamlessly.

Apple is not the only one driving us in this direction. Microsoft and Google are similar in that all of their respective devices will eventually look, feel and work in similar ways, tying directly into their cloud-driven ecosystems. The goal, of course, is to hook consumers into one particular ecosystem, making it hard to leave once you’re invested in the products that are tied to their respective apps and services. At the moment, it appears to me that Apple has the broader ability to deliver on this “continuity” concept since it owns the devices, processors, interfaces and services layer, making it easier to make all of its devices work together with a look and feel that’s similar across all of the company’s products.

Google would like to do the same, but there is still too much fragmentation in the Android world at the moment. But over time, I suspect it will achieve a similar level of device continuity. Microsoft’s concept would be the most challenging to deliver due to its various operating systems. And with the acquisition of Nokia, Microsoft adds Android to its product line, which has a completely different ecosystem tied to it. However, all three companies are working hard to deliver on this continuity vision, and as they succeed over time, it should make it easier for customers to better fit these companies’ devices into their digital lifestyles. 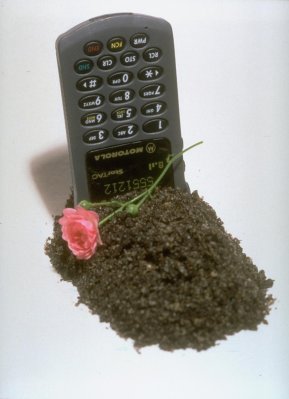 The Death of Phones
Next Up: Editor's Pick