The logo of GlaxoSmithKline Plc sits on a sign outside the pharmaceutical company's headquarters in London, U.K., on Tuesday, April 22, 2014.
Matthew Lloyd/Bloomberg via Getty Images
By Stephanie Burnett

Shanghai prosecutors have indicted British private investigator Peter Humphrey and his American wife, Yu Yingzeng, the official news agency Xinhua said on Monday. The two were linked to drugmaker GlaxoSmithKline (GSK), which is the focus of a high-profile graft probe in the country.

The husband-and-wife team, who have been detained since July 2013, are charged with illegally obtaining private information. Their trial will be held behind closed doors next month.

It is the first time such charges have been brought against foreigners in China.

A spokesperson for the British Embassy in Beijing told TIME in a statement: “We are aware of Mr Humphrey’s case and are continuing to provide consular assistance to him and his family. Although the Court has announced that it will be a closed trial, we have made clear to the Chinese authorities that we would like Embassy staff to attend the trial and the need for a transparent and fair process. We will continue to do this.”

GSK hired Humphrey and Yu’s company, ChinaWhys, in April 2013 to investigate a former employee accused of anonymously disseminating a sex tape of Mark Reilly, the company’s former China boss, and of circulating emails alleging that GSK was paying bribes.

Prosecutors claim the couple as part of their business collected personal information on a significant number of Chinese citizens, including background information on family members, call logs and household registration details.

Reuters reports that in an interview on state-run television, Humphrey expressed “regret” and said that it was not his intention to “violate Chinese law.” 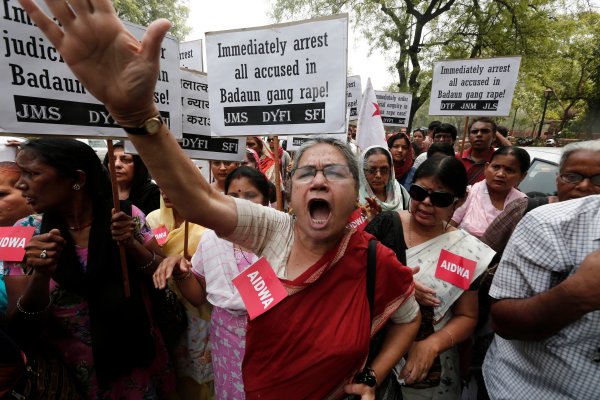