Smoke billows from a building hit by an Israeli air strike in the town of Rafah, in the southern Gaza Strip, on July 13, 2014.
Said Khati—AFP/Getty Images
By NBC News

About 150 Palestinian-Americans evacuated the Gaza Strip Sunday after Israel stepped up its deadly airstrikes—bringing the death toll to 171 and raising fears that a ground invasion is imminent. More than 1,000 have been wounded in the airstrikes, Gaza’s health ministry said. Several Israelis have been wounded, but there have been no fatalities, Israel said.

Palestinians with foreign passports, including dual American citizens, began leaving Gaza through the Erez border crossing Sunday. “My body is leaving Gaza but my heart will always be here,” said Akram Mustasha, from Houston, Texas, who had been in the area on summer vacation until violence became unbearable… 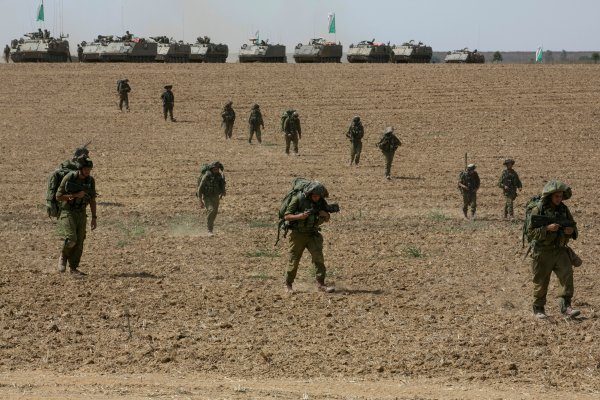