Among the hazards to watch out for while driving in Pennsylvania: random dead bodies.

A corpse fell out of the back door of a coroner’s van and into the middle of traffic Friday following a car malfunction, according to the Bucks County Coroner’s Office. The unidentified driver was near a shopping center in Feasterville, Pa. on the way to the coroner’s office when the incident occurred around noon, the Bucks County Courier Times reports.

Local resident Jerry Bradley assisted the driver after he saw the body, which was covered in a body bag on a gurney, while waiting at a traffic light.

“I thought someone was playing a prank. Someone is pranking people,” Bradley told the paper Saturday night. “It was the most bizarre thing I’d ever seen.”

Bradley took a picture of the body in the middle of traffic before helping the driver quickly get it out of the street and back in the vehicle. The picture has been shared more than 1,900 times on Facebook.

“I have to keep going back to look at it to believe it happened,” Bradley said. “I didn’t know if I should laugh or cry. If that was my loved one I’d be angry.”

“The Bucks County Coroner’s Office deeply regrets this incident and will take steps to ensure that it is not repeated in the future,” he said. 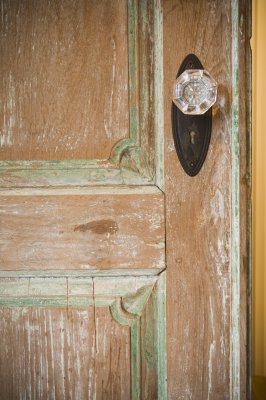 Glass Door Knob Starts a House Fire Because Everything Is Terrible
Next Up: Editor's Pick