The ballad “The Lady in Red” was released in 1986 by the singer Chris de Burgh, to widespread acclaim; the pop ballad was massively successful, reaching the top position on the charts in Canada, the UK, Ireland, and Norway, while peaking at #3 in the U.S.

De Burgh’s lyrics—e.g., “I’ve never seen so many men ask you if you wanted to dance/They’re looking for a little romance, given half a chance/And I have never seen that dress you’re wearing”—depict a wonderfully special night, and he’s stated publicly that the song was inspired by the first time he saw his future wife.

In the past, psychological research has found that men perceive women wearing red (like de Burgh’s lady) as more sexually receptive, due to the “biologically based predisposition to receive red as a sexual signal”. Recently, a companion study has been published that documents how women perceive other women wearing red—as it turns out, the color has a similar effect.

The research team, led by University of Rochester psychologist Adam Pazda, conducted three experiments to find out how, exactly, women respond. Here’s how they did it, via Pacific Standard:

Fascinating stuff. Pazda and his colleagues found another effect—that the women who were exposed to the photo of the woman wearing red engaged in “mate-guarding” and “derogation”; in other words, they were more likely to speak negatively about the woman wearing red (“I would guess that this women cheats on men”, “I would guess that this woman has no money”, etc.) and more likely to protect their significant others from her. Here’s Pacific Standard:

De Burgh’s song didn’t speak about the other women in the room—if it had, he might have told a different story. 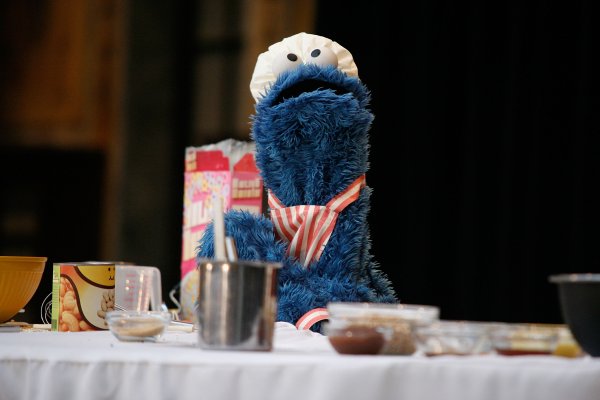 2 Easy Ways to Increase Willpower — Courtesy of the Cookie Monster
Next Up: Editor's Pick