Israeli Raid in Gaza a Sign of Things to Come

If Israel had been planning to hit Hamas and its infrastructure only with air strikes, which the Israel Air Force can do from a comfortably safe distance, it wouldn’t have called up 40,000 of its reserves last week. A country as small as Israel doesn’t fight militants in a territory as tiny as Gaza with tens of thousands of soldiers unless they’re planning to send them in the old-fashioned way, on foot and by tank.

That particular mission, anyway. Sunday’s minor foray of forces into the Gaza Strip looks certain to be the shape of things to come over the next week, with what is widely expected to be a rolling ground invasion aimed at the long-range rocket launchers in the hands of Hamas and other militant groups. Israeli Prime Minister Benjamin Netanyahu talked tough following his weekly cabinet meeting Sunday and showed no interest in pursuing a cease-fire as the UN Security Council urged the two sides to do a day earlier – and neither did Hamas.

“We are striking Hamas with increasing strength. We are hitting commanders, militants, arsenals and command centers…but one must understand how our enemy operates. Who hides in mosques? Hamas. Who puts arsenals under hospitals? Hamas. Who puts command centers in residences or near kindergartens? Hamas. Hamas is using the residents of Gaza as human shields and it is bringing disaster to the civilians of Gaza; therefore, for any attack on Gaza civilians, which we regret, Hamas and its partners bear sole responsibility,” Netanyahu said.

He added that the goal of the campaign, which Israel launched last Tuesday and named Operation Protective Edge, is “long-lasting quiet with a significant damage to Hamas and other terror organizations in Gaza Strip.” He seemed to be preparing Israel’s citizens, who have been scrambling into bomb shelters as Hamas has demonstrated an ability to fire off more rockets simultaneously than ever before, and most importantly, with a far longer range: rockets were fired at Haifa for the second time Sunday.

“We don’t know when it will be over,” Netanyahu said. “It might take a long time.”

“A long time” in Israeli-Palestinian terms might be three weeks. That’s about the length of the last little war that included a ground invasion, Operation Cast Lead, which ended in Jan. 2009. By the time the two sides reached a ceasefire, 1,400 Palestinians and 13 Israelis were dead. In 2012, there was a repeat of intense Israel-Hamas hostilities that lasted just over a week, dubbed Operation Pillar of Defense.

Sound annoyingly repetitive? It is for Israelis and Palestinians as well. The fact that tensions periodically escalate into these deadly mini-wars are what seems to be driving some in the Israeli security establishment to argue that rather than go into Gaza briefly and “mow the lawn” again, they need to “rip up the weeds”—or perhaps get out the bulldozers—to borrow from the language being bandied about on talk shows and in op-eds. But Brig. Gen. (ret.) Shlomo Brom, a former director of the Strategic Planning Division of the IDF, says he can’t see a positive upshot to an Israeli ground invasion of Gaza.

“I am not so sure that there are good objectives to such an operation,” Brom told TIME. To really hit at Hamas, he said, Israel would need to carry out a wide-scale operation taking control of large parts of the Gaza Strip. That would be costly, both financially and in terms of “collateral damage — civilian casualties,” he said. “And then it will mean also that we will have to continue to be in this area for at least several months, to look for the Hamas operatives, and that also may mull us into a complete re-occupation of the Gaza Strip.”

In other words, the quick cease-fire solution that makes so much sense virtually everywhere else in the world sounds to some Israelis like a recipe for endless rounds of lethal tit-for-tat. Unlike some of the hawks in his cabinet, however, Netanyahu tends to be cautious, Brom says, and is well aware that support for his predecessor, Ehud Olmert, dropped precipitously – both locally and internationally – after the war with Hizbollah in 2006 as well as Cast Lead in 2009.

Meanwhile, the IDF gave residents of the northern Gaza Strip, from where most of the rockets are launched, until midday Sunday to leave the area, causing thousands to flee south. The IDF told reporters in briefings that with most civilians out of the area, they could carry out an intensive campaign against Hamas infrastructure. Hamas has been ordering civilians to return to their homes, telling them to ignore the IDF’s orders, according to an Israel Radio report. Even so, about 4,000 Palestinians left their homes in the north of the strip and are taking shelter in schools run by UNRWA, a United Nations agency. With a cease-fire nowhere in sight, the death toll in Gaza keeps rising – according to the Palestinian Ministry of Health, on Sunday it hit 166. 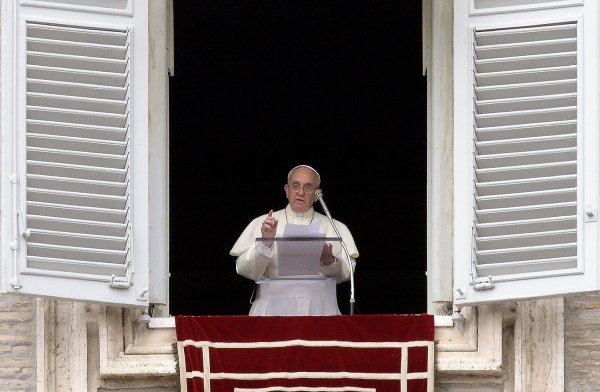 Pope Calls Sex Abuse 'a Leprosy in Our House'
Next Up: Editor's Pick