A religious group that claims to have invented human cloning and believes scientists from another planet created life on Earth thousands of years ago has tried to “rehabilitate” the swastika with a stunt that has caused outrage in New York City communities.

The International Raelian Movement says it flew large swastika banners over New York, Miami and other cities on Saturday to close out a week-long, worldwide event dedicated to “reeducat[ing] about the truth” of the symbol’s peaceful association before it was used by the Nazis in the 1930s and ’40s.

“I was dumbfounded by it,” Loren Azimov told Brooklyn neighborhood blog, Sheepshead Bites. “My grandparents are Holocaust survivors, and everyone [in Brighton Beach] knows someone whose family was affected by the Holocaust. The timing could not be worse with everything going on in Israel and Palestine.”

Councilman Mark Treyger, who represents some of the neighborhoods over which the plane flew, told the blog that he asked the police department to investigate the incident and has contacted the mayor’s office.

“It is absolutely disgusting and an egregious act of hate and intolerance,” said Treyger, who is the grandson of survivors of the Holocaust. “Whatever this hate group is, it’s an unacceptable act.”

Joe Lhota, the Republican mayoral candidate for New York City in 2013, tweeted about the incident:

The International Raelian Movement has called it an act of religious freedom. 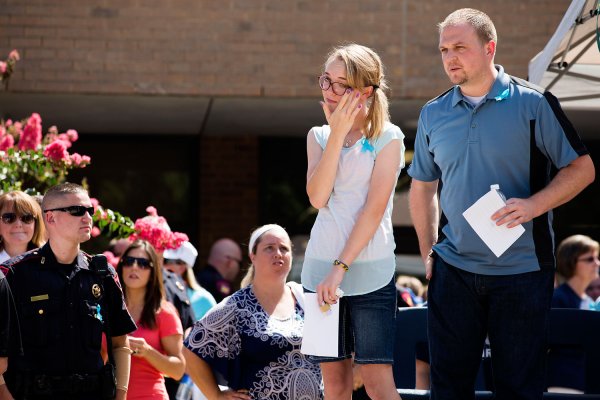