Pope Francis addresses faithful from the window of his study overlooking St. Peter's Square at the Vatican during his Sunday Angelus prayer on July 13, 2014
Filippo Monteforte—AFP/Getty Images
By Nolan Feeney

Pope Francis reportedly called the Catholic Church’s requirement that its clergy remain celibate a “problem” for which “there are solutions,” during a controversial interview with an Italian newspaper.

The Pope also allegedly said that 1 in 50 members of the clergy are pedophiles and that the Church’s sex abuse scandal is “a leprosy in our house.”

“The 2% of pedophiles are priests, and even bishops and Cardinals,” the Pope reportedly said, according to a CBS News translation of an interview in La Repubblica. “And others, even more numerous, know about it but keep quiet. They punish without saying the reason why. I find this state of things untenable and it is my intention to confront it with the severity it requires.”

The Pope spoke with well-known atheist Eugenio Scalfari, the 90-year-old founder of La Repubblica, who relied on memory and did not record or take notes during their multiple conversations.

In response, the Vatican commended Scalfari for bringing out “the sense and spirit of the conversation” but noted that the interview was not of a proper or accurate transcript and questioned if the article’s format was “forgetfulness or [an] explicit recognition that a manipulation is taking place for the more naive readers?” 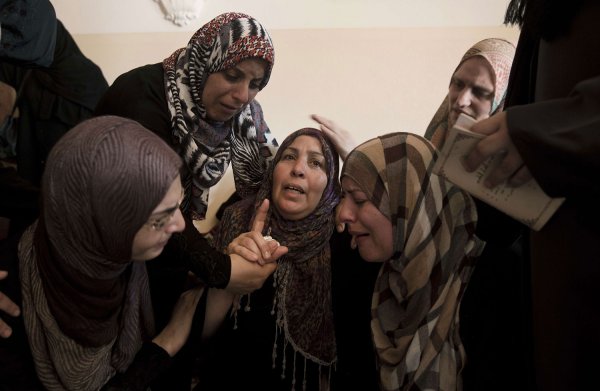 U.N. Calls for Israeli-Palestinian Ceasefire in Gaza Bombardment
Next Up: Editor's Pick